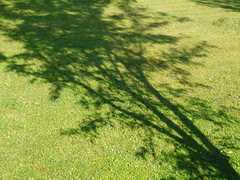 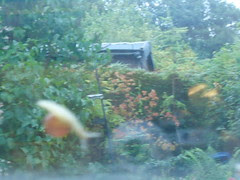 Today it rained all day so much so the snails climbed up the window sill across the panes and dive bombed on to my plants below. 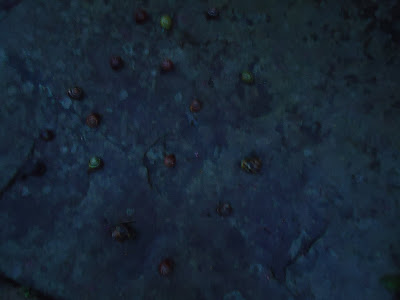 I've never seen so many in one spot. Glastonbury eat your heart out!

We seem to be so much busier this year, or perhaps we're just one year older and one year slower than we were this time last year. Yes that's it! The kitchen re-hash is progressing painfully slowly but at least the new sink is in position and I can actually sink my elbows in foamy washing up liquid without washing my feet as well! Hallelujah! And out in the garden the weeds are a-jumping! 7.30 am I'm doing the rounds feeding Fadger and Little Fadge and opening the doors on the poly tunnels. It's lovely this time in the morning. There is that still damp crispness in the air and the sun is just starting to make its presence over Middletown Hill. I stood for a few minutes and listened. All I could hear were the sounds of the brook and the birds. This is my first attempt at posting a video,so fingers crossed, but just wanted to share it with you of what it was like! 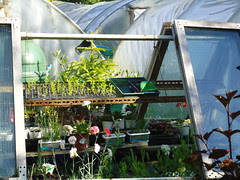 My Other Half constructed this little greenhouse for me a couple or so years ago. He made it out of recyled bits of wood and some old re-inforced plate glass windows. Brilliant for all those little trays of plants and all it cost was his time! 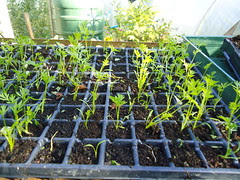 This year I've tried starting quite a few different sorts of veggies in plug trays. These are a variety of carrots called Ronda. I've also done beetroot plugs, swedes and spinach. The good thing about plug plants is that you can thin them by just tweaking out the extra seedling before they're planted in the main soil or even plant them up in containers if space is a bit of a premium. Saves a lot of work later on! 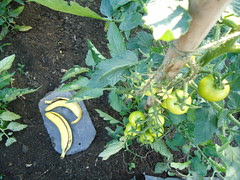 We save all the banana skins and put them near to the tomato plants as this helps to ripen them a bit quicker. 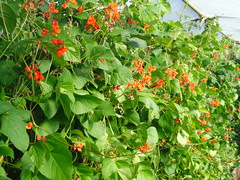 The runner beans in the poly tunnel have excelled themselves this year for some unknown reason. The weather conditions must have hit it right. 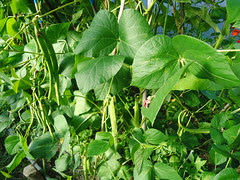 We had a meal of runner beans for our dinner tonight 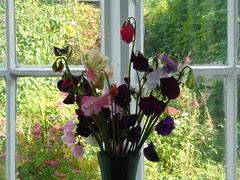 I picked the first of the sweet peas today. The fragrance is breath-taking.

We have a little galley kitchen which we are re-hashing. I under coated the window yesterday ready for tiling. The Virginia Creeper on the west wall crept in when the wind blew and left a shadow all across the wet paint.
Gosh! That's exciting! Hope you've had a riveting weekend too! Oh and Happy Father's Day to all you lovely Dads. Hope you got spoilt rotten!

After all that snow and frost we had during the winter and then the heatwave in April, you'd think that nothing would ever grow again ...... but  here the bushes and trees this year are weighed down with fruit. Must be the unusual  weather or something. I know I haven't done anything different. Is that what you've found, where you live? We've already had baskets of strawberries out of the poly-tunnel. I picked the last of them tonight.   Raspberries are almost ready. The red currants too are ripening well. I put a net over them to stop the birds pecking at them and then one little blighter  managed to get himself tangled up in it. I had to cut him free. He was OK but I definitely didn't want to risk that happening again so said net ended up in the dustbin. I thought, 'Oh well, birdies - if you want them - help yourselves' But they haven't touched that particular bush again. We've got a couple of blackcurrant bushes. They were absolutely dripping with fruit, so today I grabbed a secateurs and lopped off all the branches and brought them into the house - put the kettle on and a good DVD and we both sat down at the kitchen table and picked all the fruit off in comfort. If you don't mind a bit of mess, it's a great way of picking them and one less job - the bushes get pruned same time. Blackcurrant pie tomorrow! 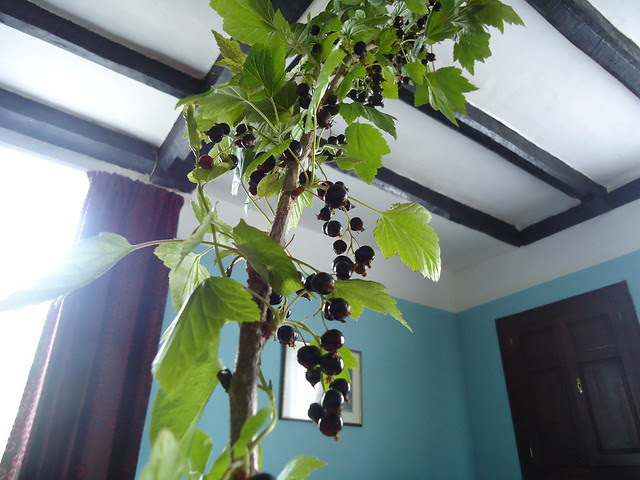 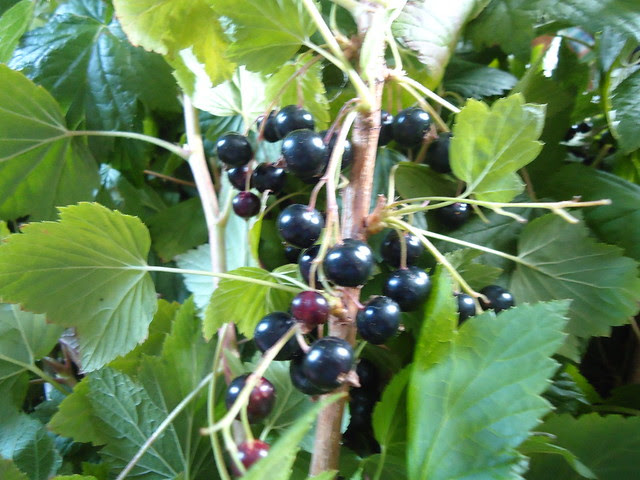 Why is it, when you put all your efforts into it - like create a garden or some other project you give everything you've got to - you then forget to take time out, to stand back for a short while and just enjoy it? Perhaps you already do, or perhaps you're just like me and you don't? We bought an old garden seat - restored it and have never sat on it - how crazy is that?
I love the way the sun cast a shadow on the wrought iron arm rest and  shadow fronds of Alchemilla Mollis (Lady's Mantle) poking through the rungs at the back. This one cares not where she throws her seeds and will self seed anywhere. My shady bench is my effort for my Shadow Shot. And just for tomorrow I'm going to take time out and sit on it - if the sun shines that is!

Up on the Roof

You know how it is, when you buy one thing,  you fall in love with it and then before you know where you are you've got them here there and everywhere. Well that's how it is with me! I bought this little plant last year from the garden centre. It wasn't too long before it was growing babies like they were going out of fashion. I potted them all up in polystyrene coffee cups - all you need is well drained compost, a bit of grit in it and a hole at the bottom of the cup to let the water get away. I bought a few more - one of each different varieties as I came across them - same thing and now I've got trays of them. Some months ago one of the local farmers put a few acres of his land on the market. We were intrigued every time we passed by to see all these rows of plastic sheeting across it and wondered what on earth was going on. The mystery was solved when our close neighbour, taking her dog for a walk, called by one evening. Apparently the people that had bought the land were  growing thousands of these sedums to provide an environmentally friendly green roof. And not only that, they were actually making a good living at it. It seems that the sedums are grown on root resistant matting. A layer of grit and the mat is rolled across the rafters providing an attractive practically maintenance free waterproof cover.   Not that these folks ever need worry about stiff competition, but I'd really like to have a try to make my own mini green roof even if it's only on the bird house.


Have you ever stopped to watch the tiniest of insects buzzing from plant to plant? They are so amazing. The diversity of colours is breath taking. They have a purpose on this planet.
Please don't poison them with sprays.