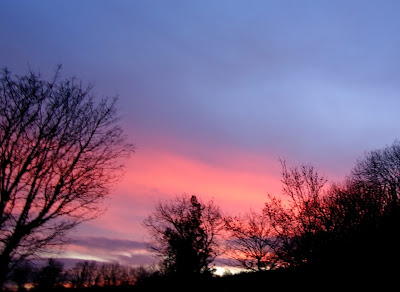 You know how it is. You're doing ordinary things - we were on our way to the Docs early on this morning. As I was locking up - this fabulous sunrise. Just had to go back and grab my camera. Moments later the sky lightened and it had disappeared.
We went to a funeral this afternoon. A close friend of ours had died suddenly on New Year's Eve. After the shock and disbelief, I'm glad that there was a space of just over three weeks before the actual funeral took place. Time to get my head around things. He was a character and a half, a sharp wit and a practical joker. One of those people, just having him around made the day a little bit brighter. All of two hundred people were packed in that little church.
It was just a privilege to have someone like him walk through my life. I'm sure a lot of people felt the same as I did. More, 'the celebration of a life' than 'the mourning of a death.' Is it wrong to admit that you enjoyed a funeral?  But this one I did.
Hey Gordon. We'll miss you.
Posted by Molly at 10:57 17 comments:

Knit one, drop one

Just over a year ago, when we thought that everything was back on an even keel, a routine blood test revealed that the cancer was on the rampage again.
I suppose that everyone  has their own way of dealing with bad news. I was (am) carer again big time. Blogging which I love, took a back seat and I dropped out of most things. When a wave like that hits you it's hard to talk to people. Then one day when I was in Welshpool, I called in the Severn Hospice Shop just above the town hall. There on a low shelf, was a basket full of wool. I haven't done any knitting for about thirty years and what I did do was a bit suspect. Anyway I bought both the basket and the wool.  I found it totally therapeutic. Well better than just biting my finger nails. It's good having a project.  I started with these. 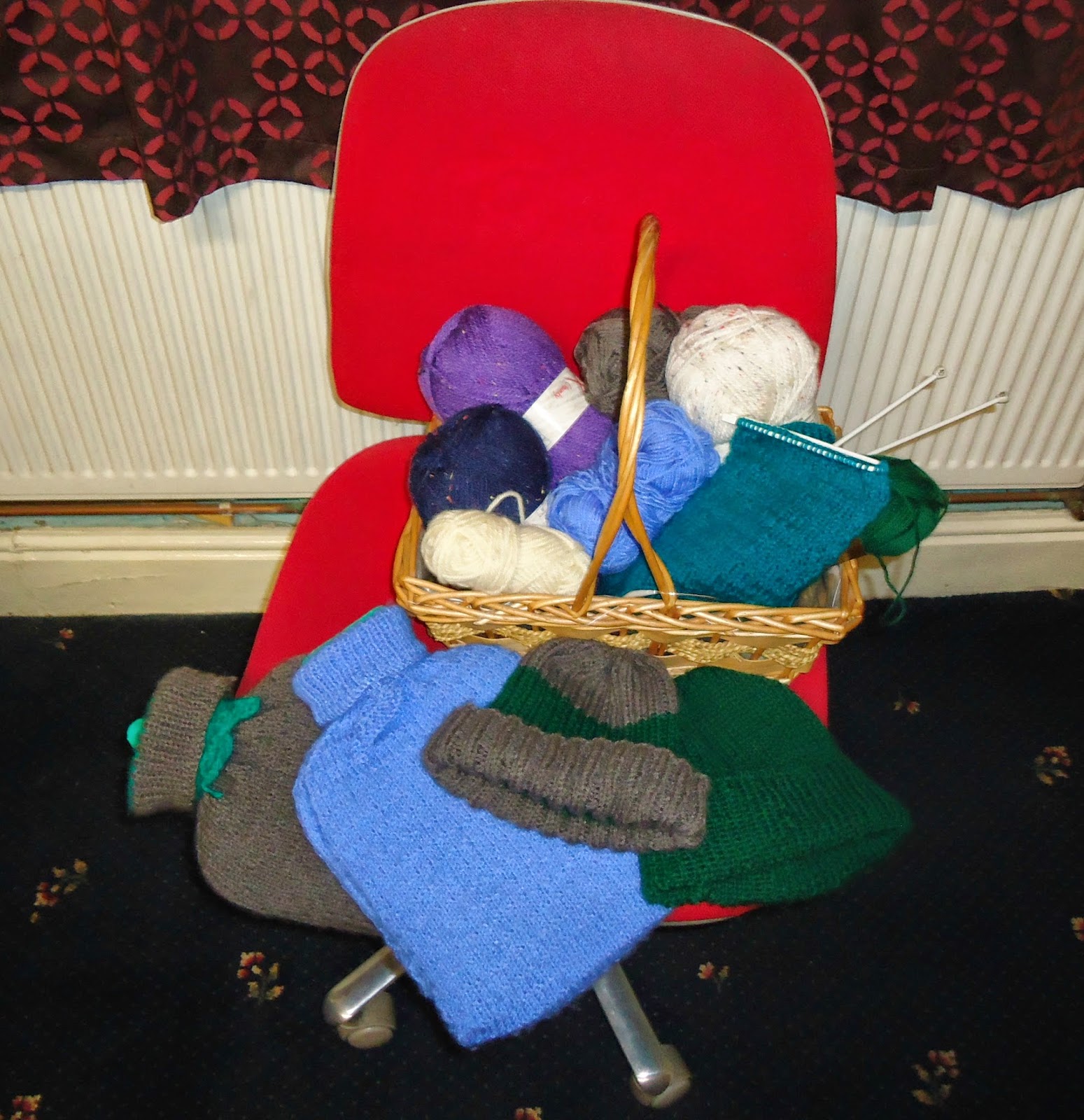 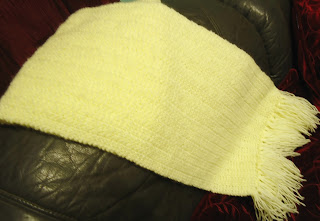 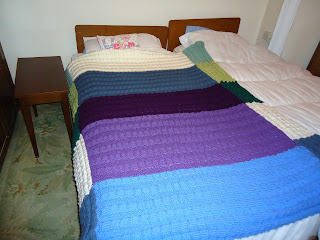 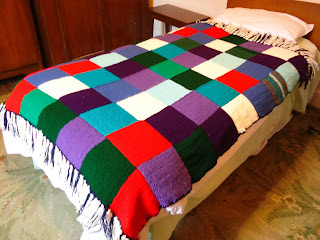