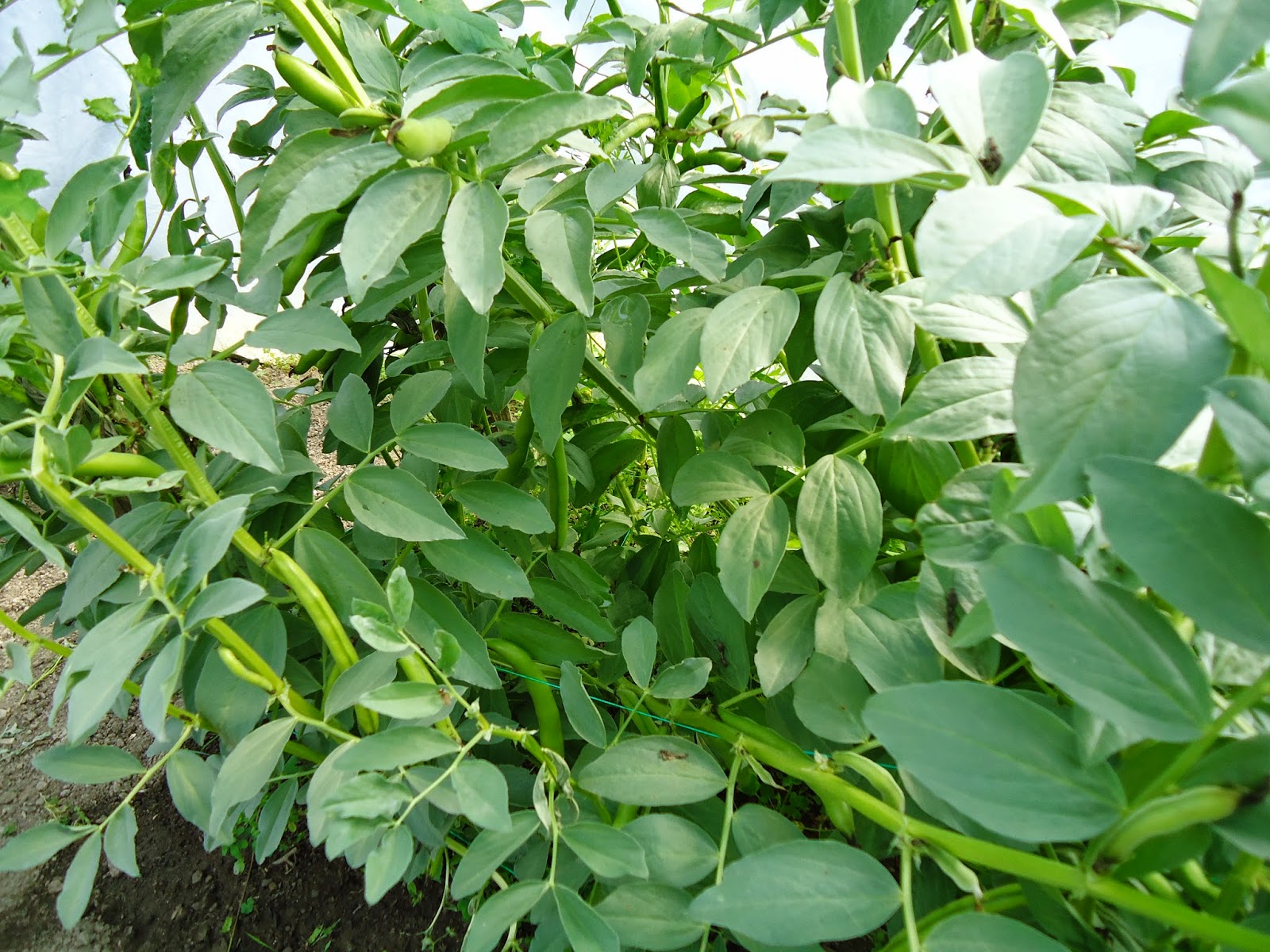 The thing I like about gardening is that you can see where you've been. I could spend hours digging and sowing and weeding and I probably do. After one of the wettest winters on record and gales which ripped our poly tunnels to shreds we survived. I sowed the broad bean seeds in little individual cardboard pots and then planted them in a row once they were 2 or 3 inches high. The mice usually polish them off, but these made it through and have quite a decent crop. 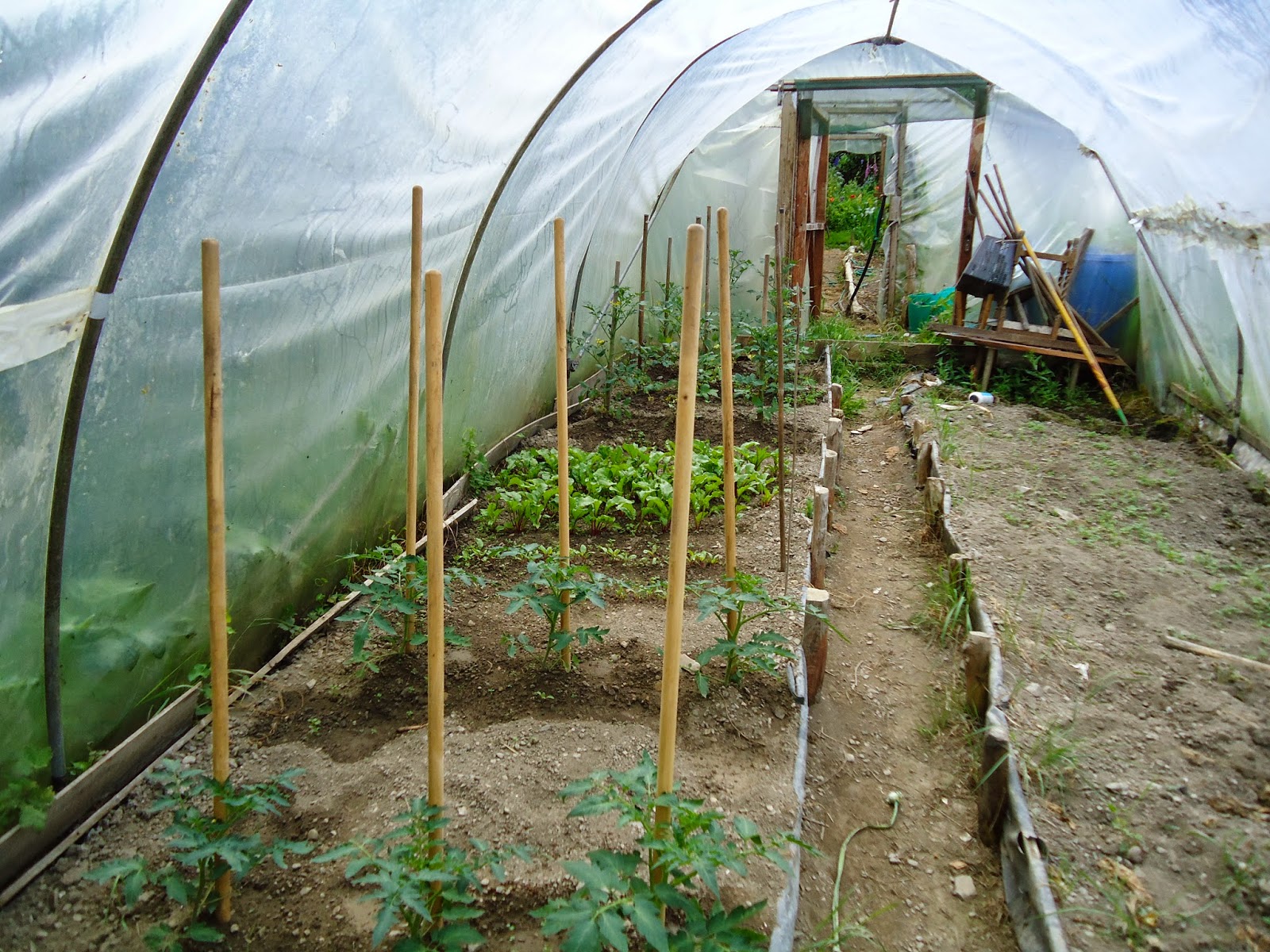 Two lots of tomato plants. 'Shirley' at the top end and 'Alicante' near the front of the picture. The 'Shirleys' have got fruit on them already, but have also got a few brown spots on the leaves. Could be 'blight', hope it isn't, but I'm feeding them up with tomato feed and hoping for the best. The 'Alicantes' look OK so far and have started to show yellow trusses. 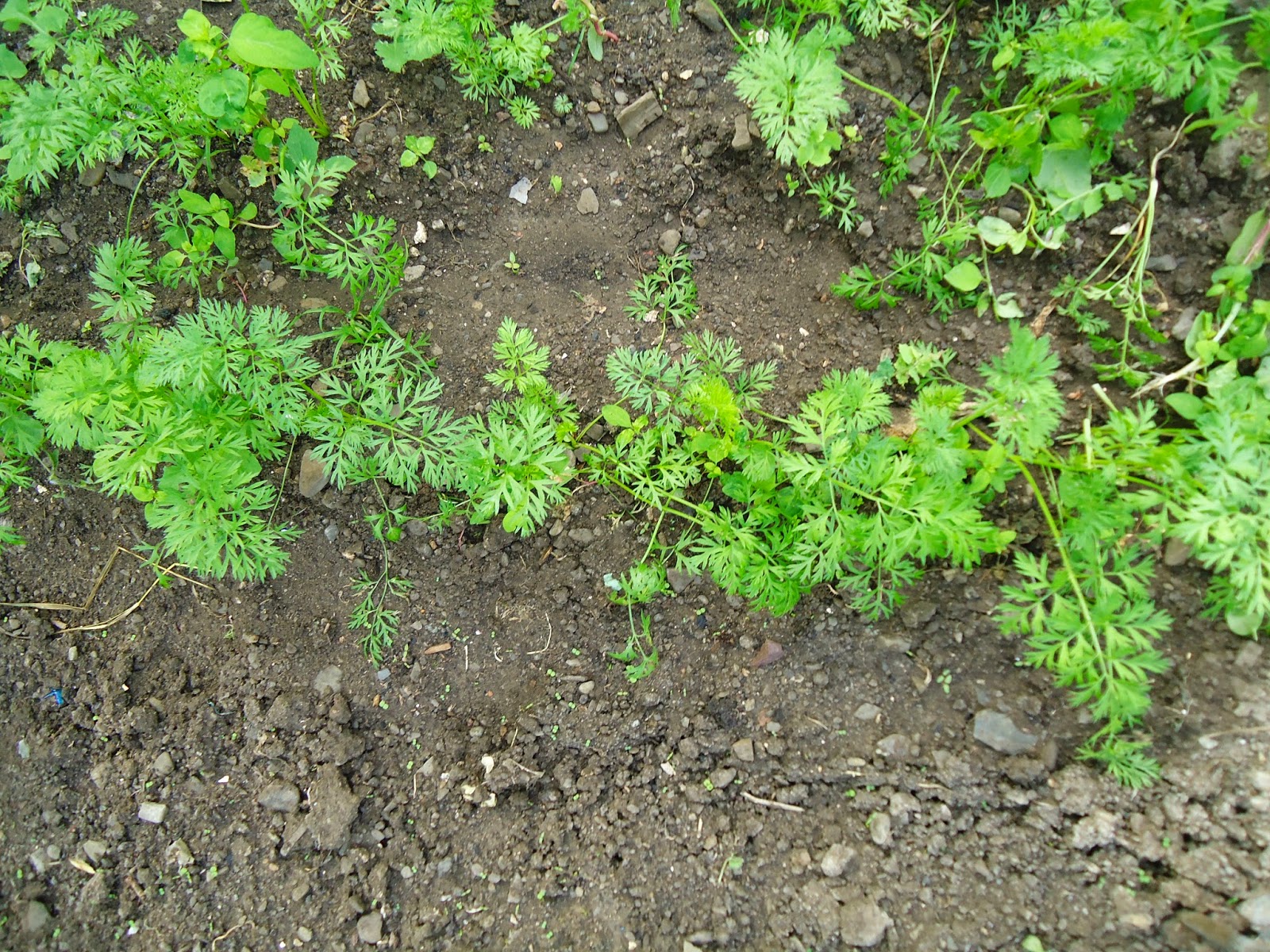 I sowed a few rows of carrots too. We don't usually have much luck with carrots, must have the wrong kind of soil or something. I bought some carrots from the supermarket last week. You know the kind - all washed and wrapped up in plastic. Why is everything wrapped in shrink wrap when we're supposed to be trying to save the planet not annihilate the ground we walk on! Anyway they've all gone black and stink and I've had to throw them out so I shall be growing successions of Molly carrots for a few weeks. 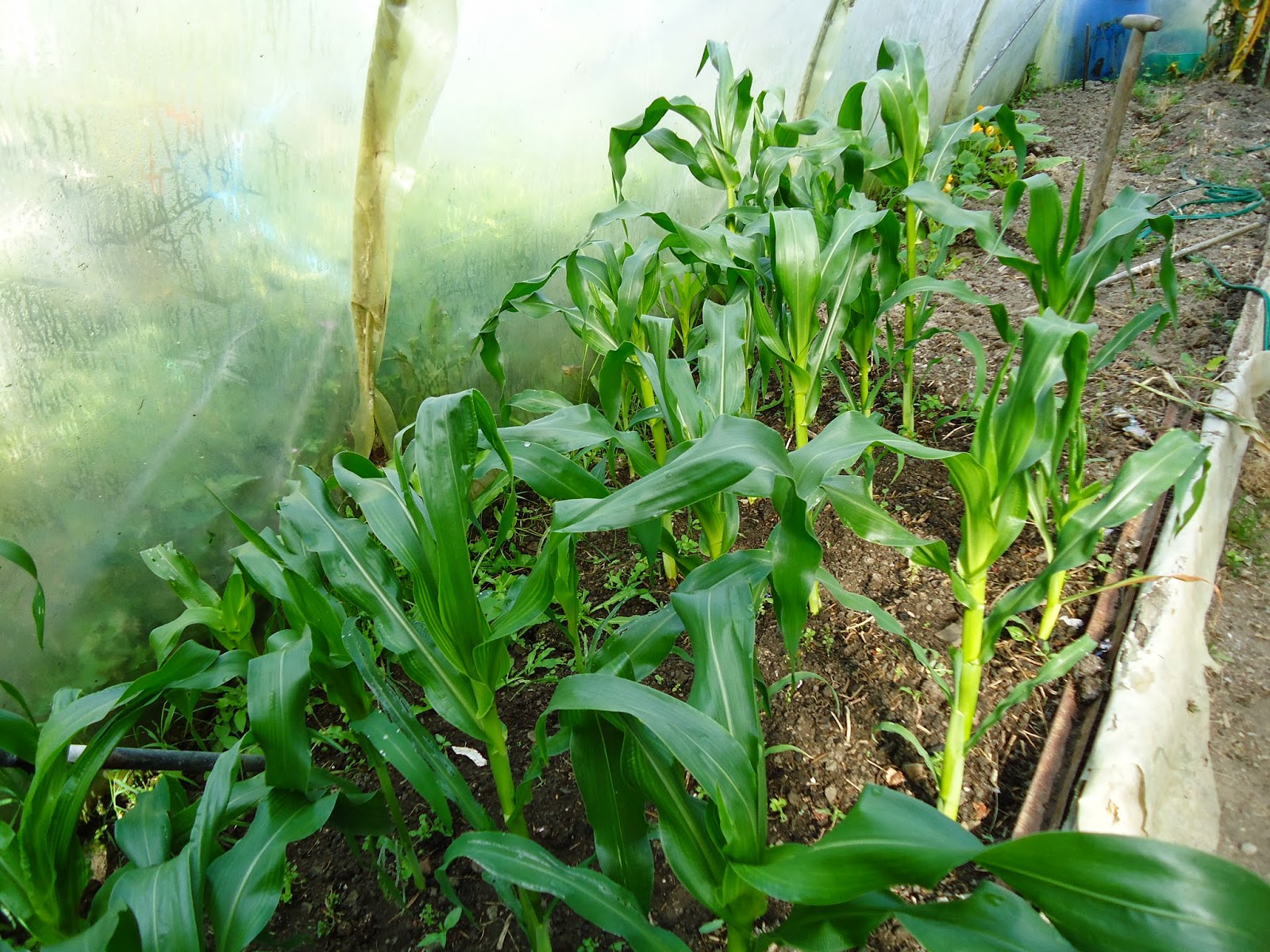 D'you like sweetcorn? I love them. I cook them in a table spoon full of boiling water for about eight minutes in the microwave, then plaster them with lashings of butter. They're usually ready about August. This variety is one called 'Incredible' which has a fantastic taste. 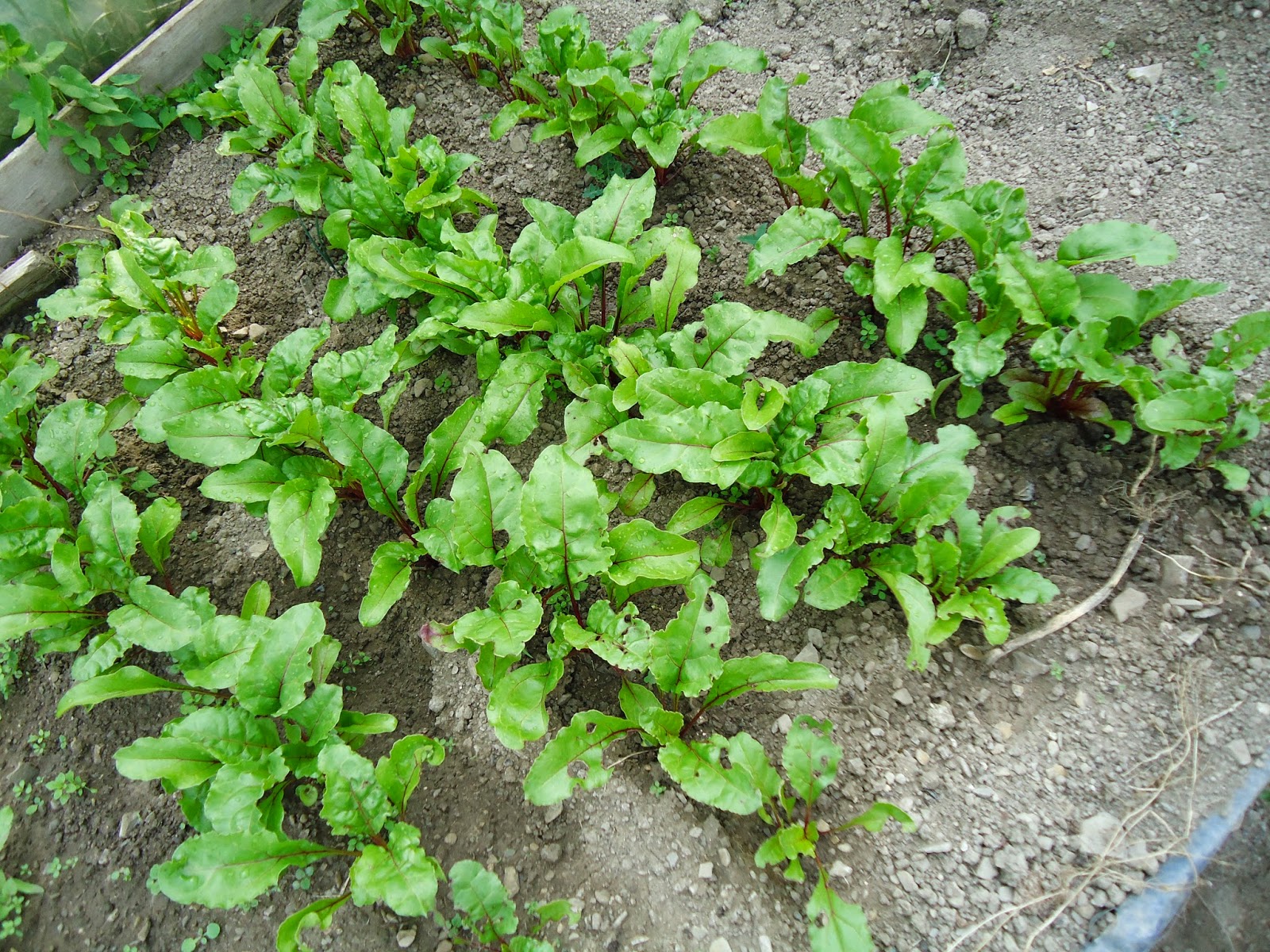 The beetroot is coming quite well. I started those in plug trays and then planted them out in the soil when they were big enough to handle. I find they're a lot less work as you don't have to bother thinning them out which is a bonus. 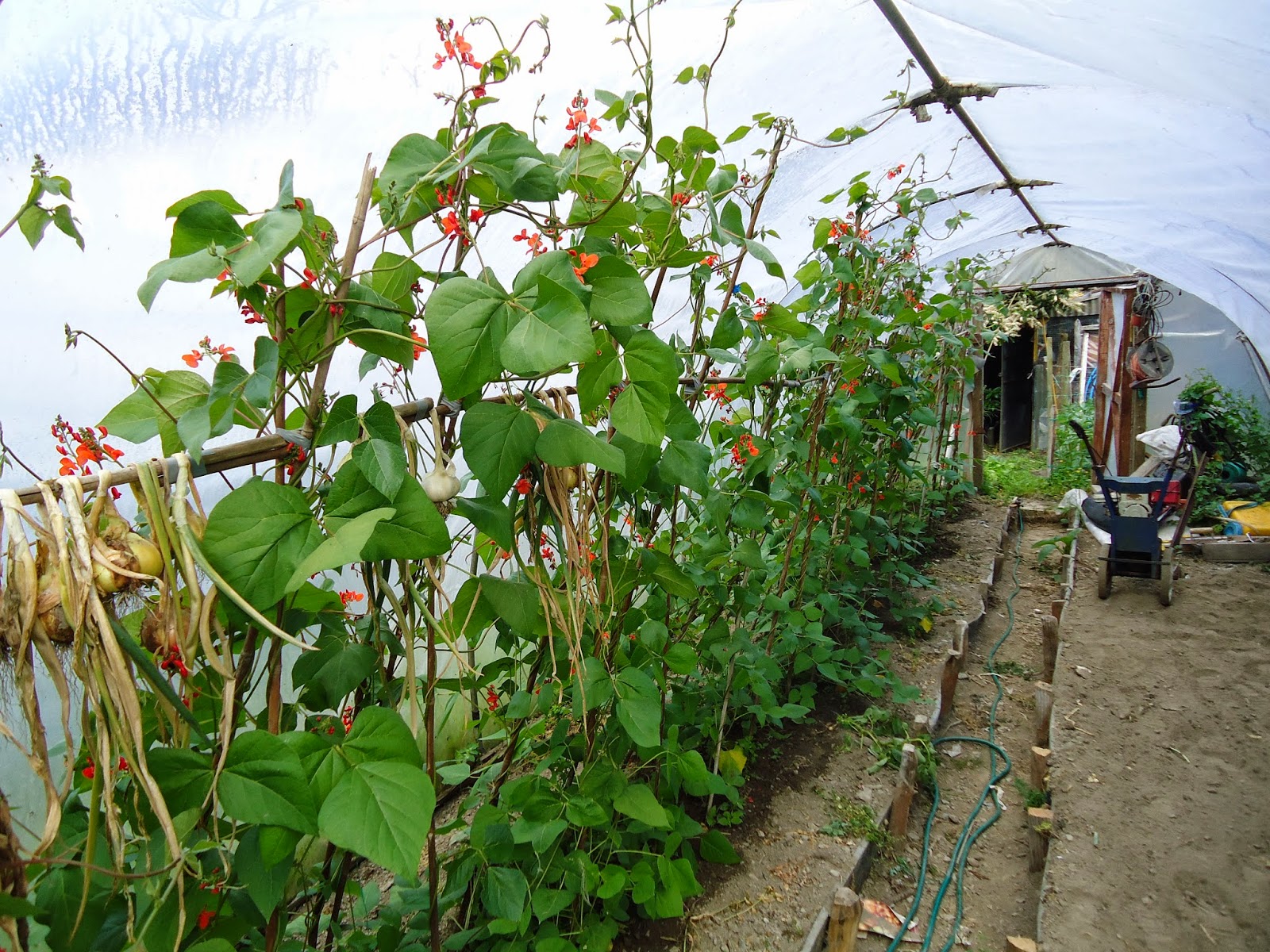 The runner beans are in flower so we should have our first runner bean meal, the beginning of July.
I've harvested the first of the onions and garlic and have got them drying on the runner bean supports. They were planted as 'sets' last October. 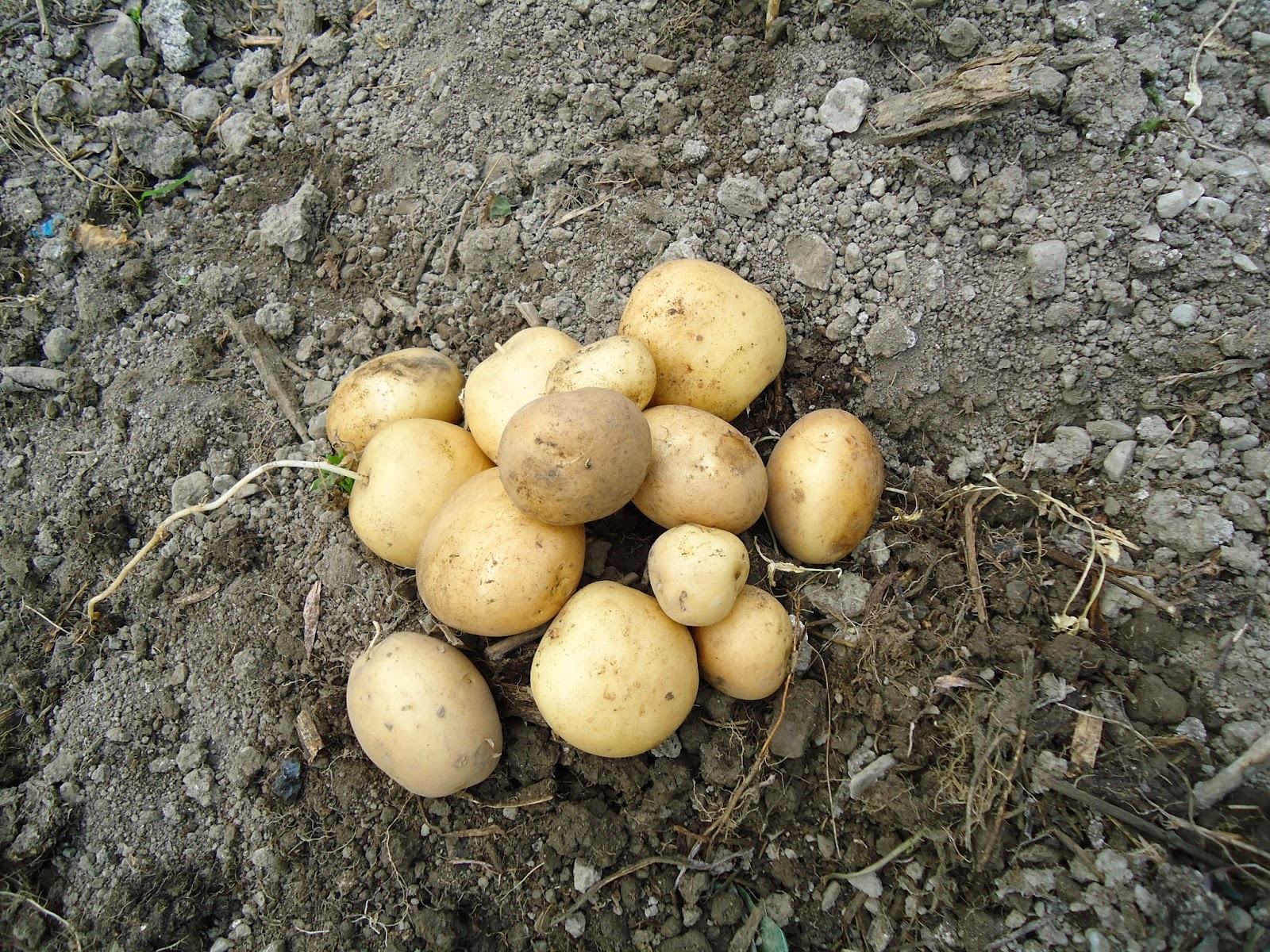 Our first early potatoes are ready for eating which is just as well. The potato tops started to go brown so I had to whip them off quickly. Thought they'd succumbed to blight as well, but the potatoes in the ground don't look as if they have any sign of the disease so that's good news. These are a variety called 'Rocket' They don't keep very well but they taste good. Only got two short rows of them so we wont waste any. 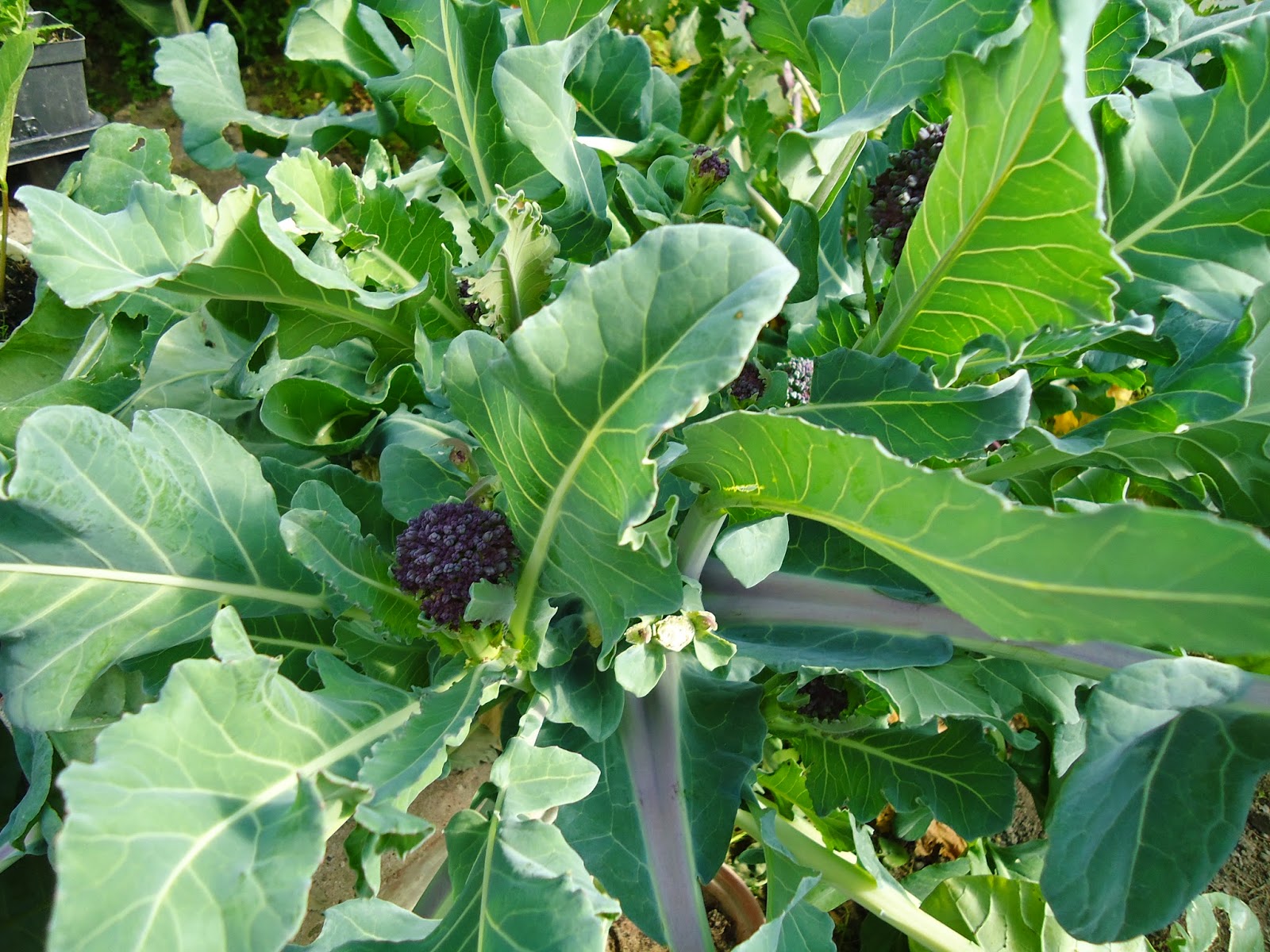 I sowed some purple sprouting seeds last October. We've had quite a few meals off them.  Some of the plants are starting to go to seed, but that's how it is. 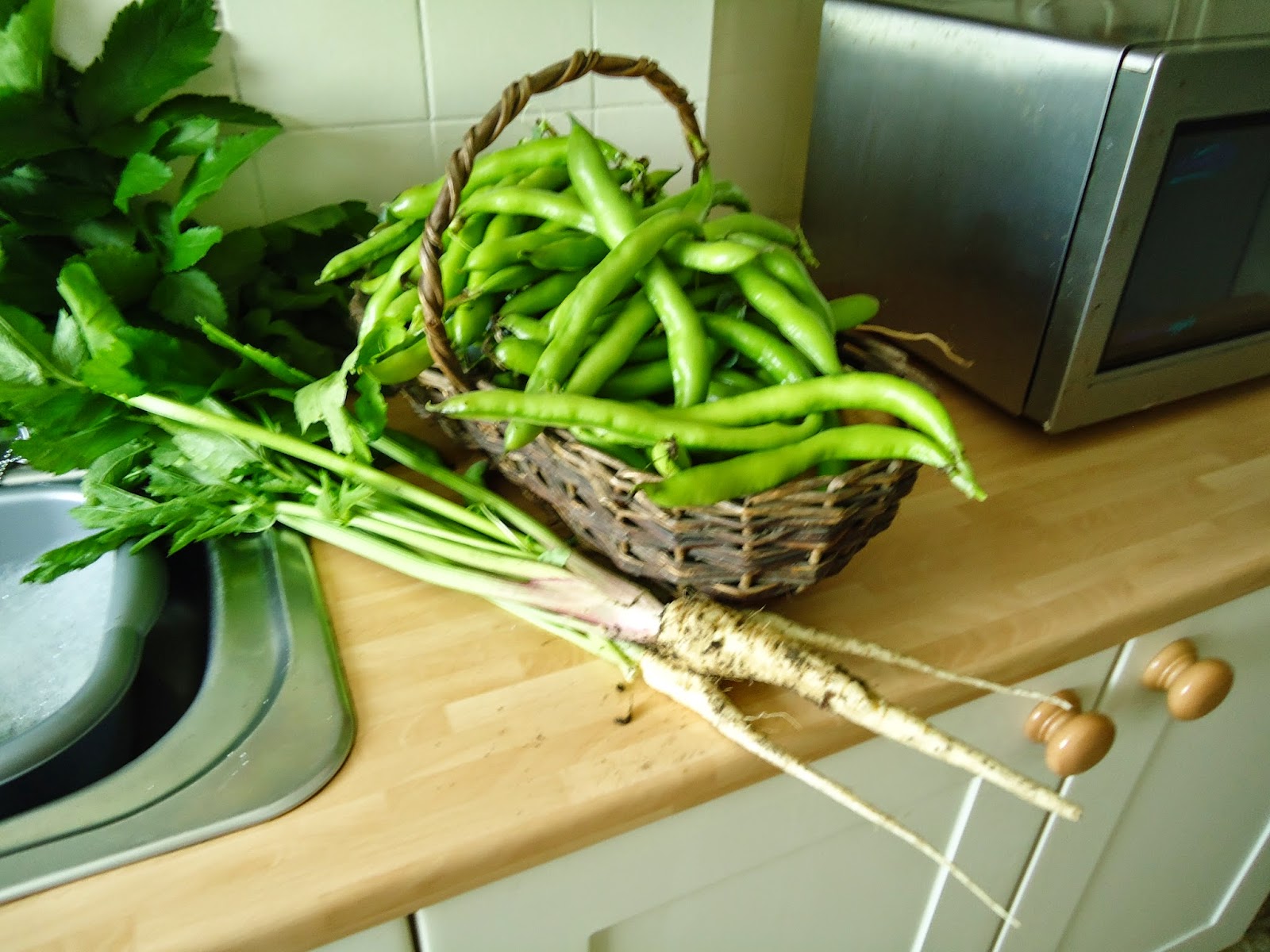 Really Appreciate All your Help

Thankfully there have not been any more uninvited nasties on my reader list - well not for today at least. Thank you so much for your help - Tom in particular.
If anything like this happens to you (really hope that it doesn't)  - but  here's what I've done.
1. First of all, I contacted Google (did that yesterday) - on their help page. You describe the problem and then the next stage is to highlight  the bits that are causing you grief.  Submit the lot to them.
2. I changed my Google Account password. If you type in  'Google Account' - they walk you through the necessary. I also added a double layer of protection by allowing Google to send a verification code to my phone.
3. Dug out the ethernet cable like Tom said and changed my Home Hub password.
So hopefully things will be OK
Thanks again.
Posted by Molly at 13:14 12 comments:

My site has been trashed again. 15 hours ago unknown person (persons) attached a number of  definitely uninvited,  filthy, disgusting posts to my blog reading list and I don't know how to block/get rid  them. Has anybody else encountered this problem? Help!
I'll leave my site up for a couple of days in the hope that you or Google can show me how to block these scums. If there isn't any other way, I'm going to have to take my site down and start again.
Posted by Molly at 13:13 14 comments: