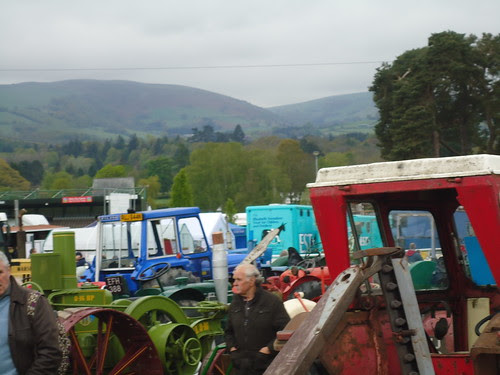 Went  to the Smallholders & Gardeners show at Builth Wells, Saturday. It's about an hour's drive away from where we live. The weather was a bit cold and overcast but it was a good day out. 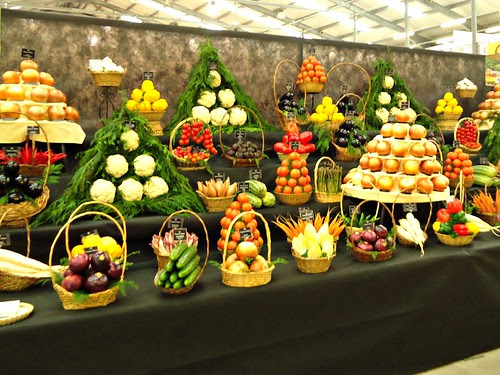 Saw the veggie displays and the flowers in the horticultural tent 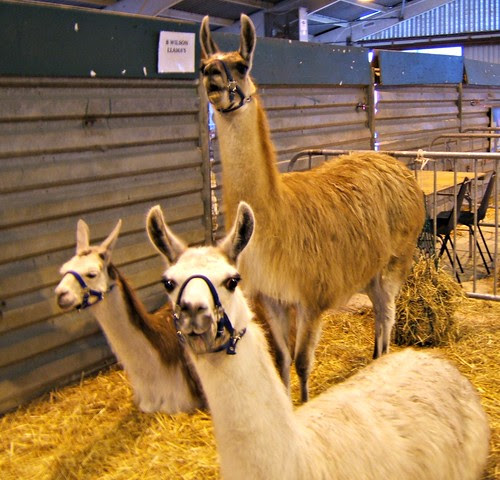 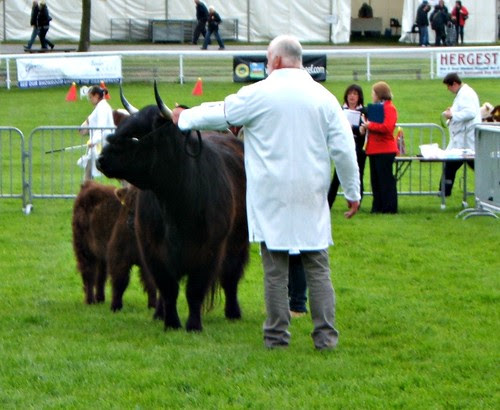 Big black bull. I sort of got in the way a bit when they were coming out on to the field. Busy taking my pics when out of the corner of my eye I spotted this one charging up the rear. Just in time for a quick exit. Phew! 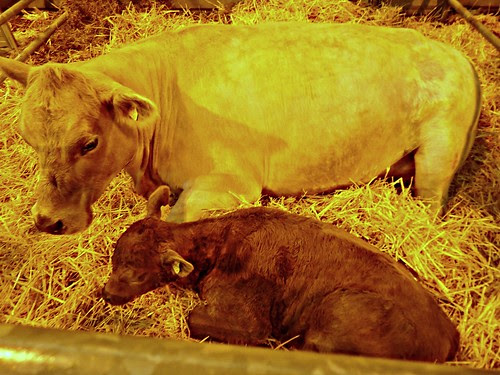 The Jersey cow and her little calf were so gorgeous. 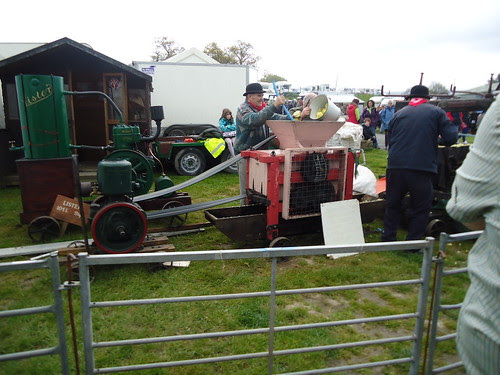 The bowler hatters were making apple juice through an old apple press. There was a notice saying you could help yourself to free drinks - to be consumed at  own risk. Having just almost recovered from the rest of my ailments I passed on that one. A bout of the squits would be the icing on the cake! 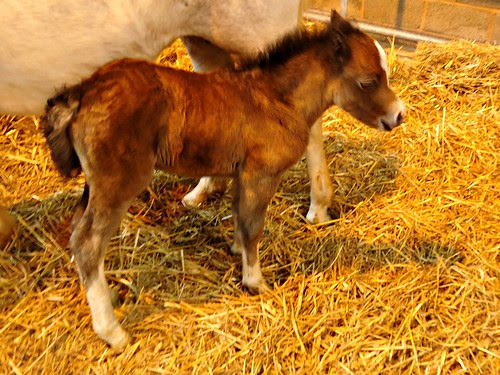 The baby foal was soooo cute 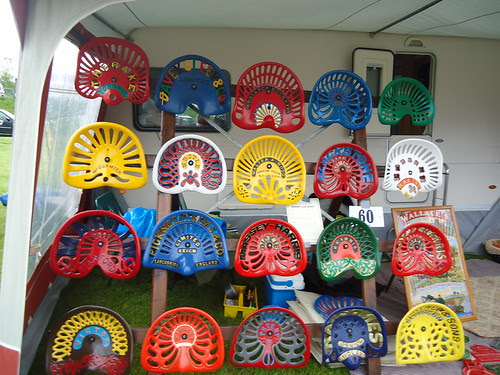 And all those colourful tractor seats. 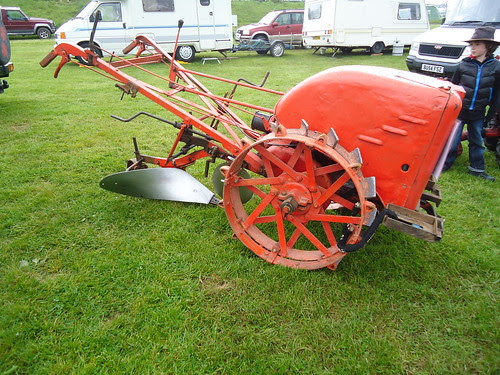 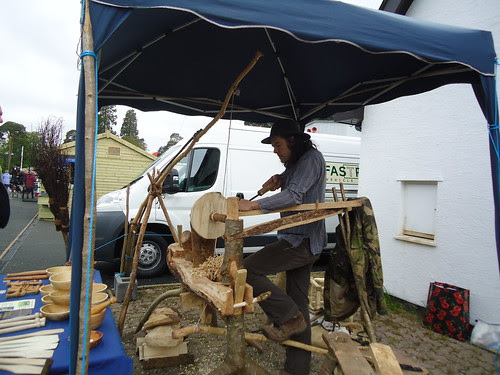 There was a man making wooden bowls and things on a home made lathe. 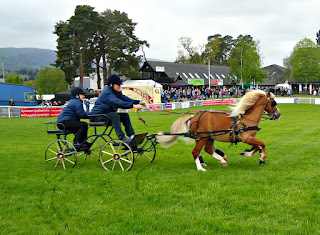 And buggy racing in the arena. 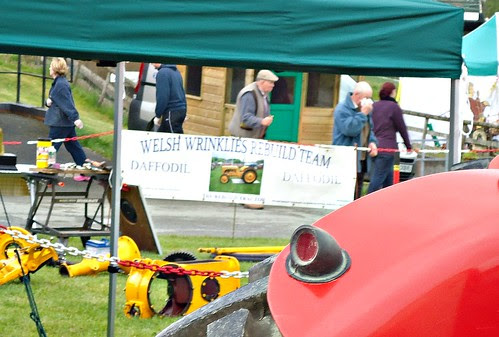 Just when I could do with it - the Welsh Wrinklies Rebuild Team. Wonder how much they charge?
Posted by Molly at 14:35 17 comments:

The Flu from Hell 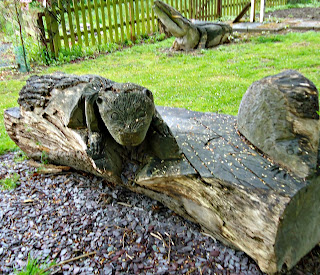 Tom over in Bath pointed out that the Welsh like to have a moan about everything. Now I could take exception to that except for the fact that he could well be right. We've experienced a bit of a flu epidemic round here the last few weeks. Not that we have one that often but what a conversation piece when you do. A friend of ours was a bit under the weather a couple of weeks ago. We called by to see him armed with a couple of bottles of Guinness and good wishes, mistakenly thinking we were well covered by the flu jab and now two weeks later we're both down with it as well. There's gratitude for you.
O/H thankfully did the food shopping today. The woman on the till asked where I was. He said I'd got the flu.
'There's a lot of it about .' she says and then went on to recall all the folks who'd gone down with it.
'Something going round,'
'It's a bad bogger this one.'
They spent 10 minutes comparing ailments while the queue backed up behind him
Good isn't it. You can reel off all the symptoms your getting, like those prizes on a conveyor belt they used to have on one of those game shows - toaster, electric food whisk, cuddly toy ...... snotty nose, achey limbs, rasping chest, hot sweats ........ all the things that nobody really wants to know about
Had to take Himself off to the docs last Thursday. He was prescribed a course of penicillin which bless his heart he offered to share with me today. Now you can't do that, because if you don't take the full course of antibiotics prescribed you're in dire trouble on the next lurgie attack, but the thought was there. Anyway they seemed to work cos he was jumping around like a spring lamb today. I couldn't have any strong meds because I'm having an x-ray on my spine on Monday which has been aggravating me a bit.
I do like a good moan, don't you?

Darling Buds of May Bank Holiday 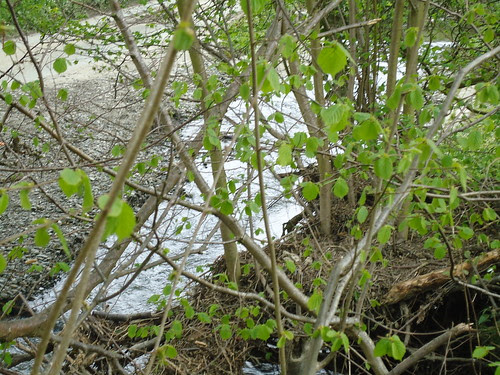 What did you get up to this May Bank Holiday? Whatever it was I hope it was nice.  We didn't go to the beach. We didn't go anywhere. But in a way of consolation, the beach came to us. After all the heavy rain and flooding, the ford along side the road at the mill was covered in shale and little coloured, smooth rounded bits of stone all along the edge. 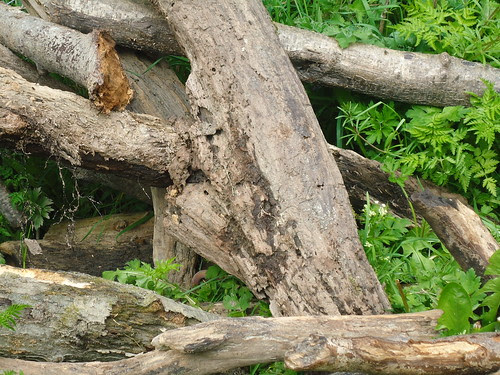 Piles of driftwood were stacked haphazardly close by and everything looked so much fresher and greener today. 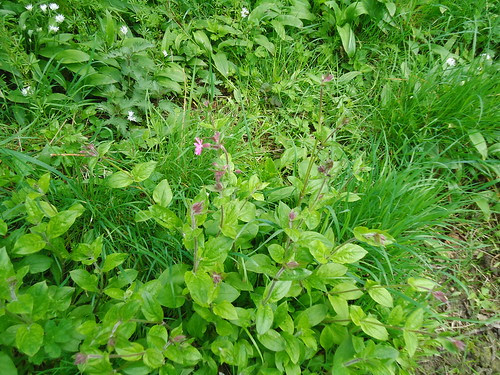 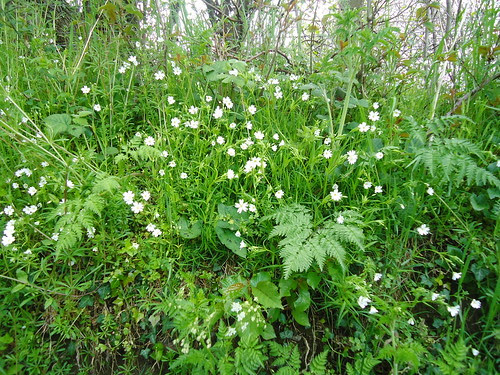 and wild garlic on the embankment. 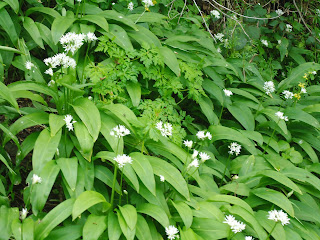 Fronds of cow parsley just starting to come into bud and unfurl. There was a little Colt's Foot in full blow. 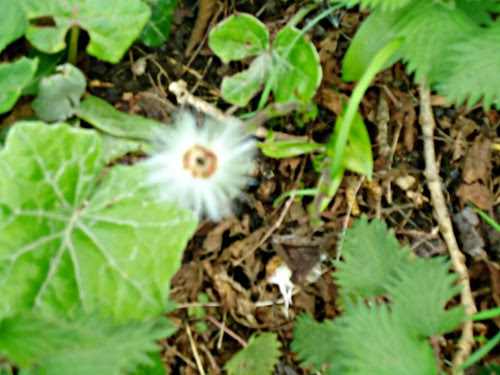 And blossom on all the trees. 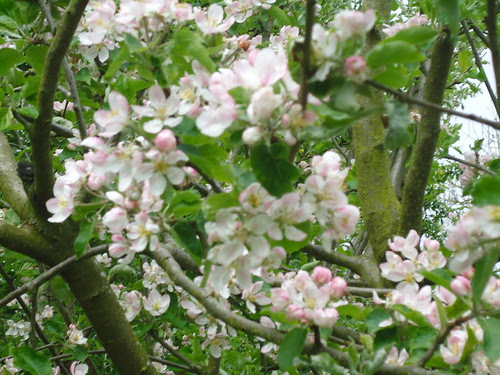 I discovered a little sapling growing in the undergrowth. The leaf on it was reddish bronze coloured. 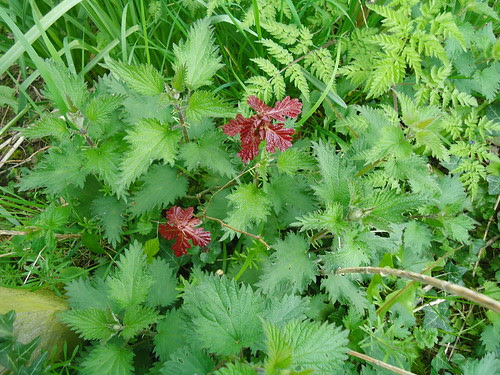 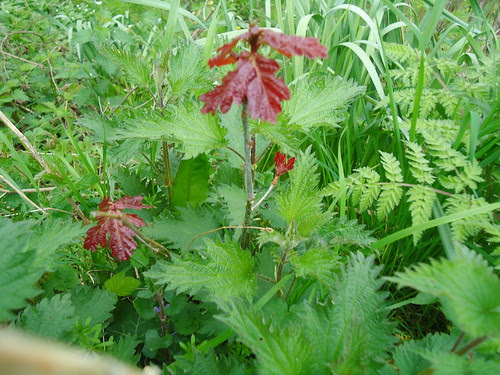 Not dis-similar to an oak leaf but then it looked quite like a sycamore as well. Any ideas as to what it might be?