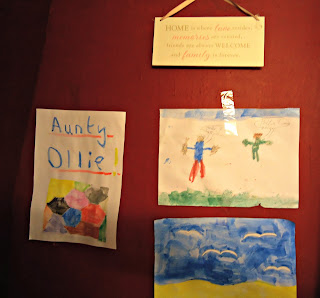 The weather in UK has been stiflingly hot for the last few days. Finding enough water to keep the veggies and plants from dying  was getting to be a bit of a problem. Yesterday my bestest  nephew  brought the troops down. ( They've broken up school now for the summer holidays) and they set up a really good watering system for me. They picked a bag of the broad beans they'd grown  and then when the weather got too hot they came in and painted these lovely pictures for me. I feel blessed.
Posted by Molly at 12:20 14 comments: 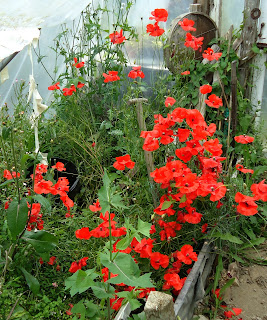 A cluster of poppies have seeded themselves amongst the weeds and debris in the top polytunnel. 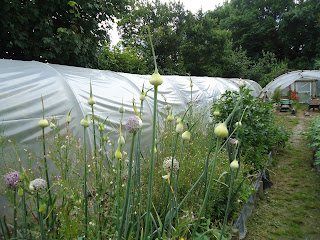 The leeks I planted out last year have all gone dome shaped. But as Arleen so aptly puts it, " I'm doing OK." 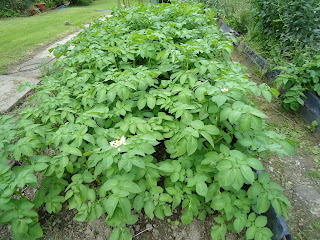 The second crop of potatoes, my young friends planted, are all starting to come into flower which means more spuds not too far away. We've eaten the first crop they planted in the other poly tunnel. They cropped brilliantly and tasted just as good. 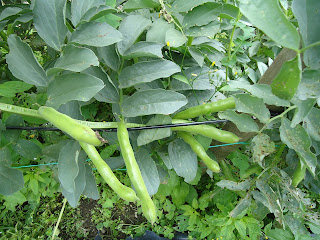 We sowed a crop of broad beans outside and they're ready for picking. 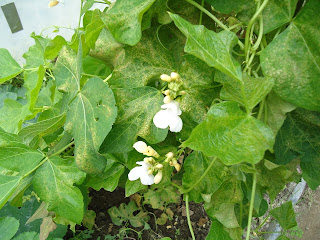 The runner beans were a bit of a disaster. Not enough water early on.Some of the leaves died off.  The beans curled up instead of being straight.  but we've had a couple of meals off them and they taste just as good.  I've tried to remedy them by soaking a margarine tub- full of chicken poo pellets in a five gallons of water over night and then soaking the roots. It seems to be helping because little green shoots are starting from the base. 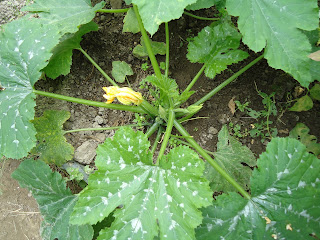 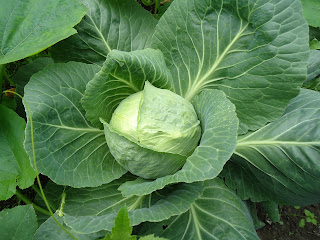 Cabbage doing OK. Not many Cabbage White butterflies about this year. Perhaps the weather's been too cold. 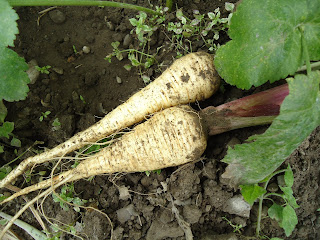 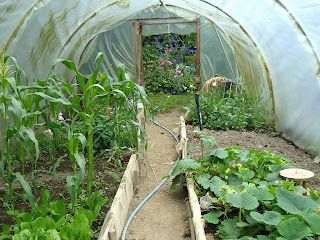 Sweetcorn, lettuce and beetroot in this tunnel. Oh and pumpkins and dahlias on the other side. 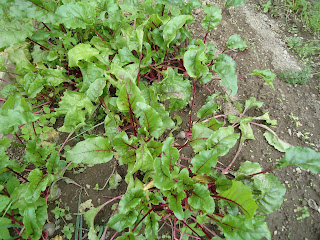 Sowed some more beetroot seeds today. We seem to be eating them quicker than we can grow them, but they taste delicious.
Have a good week
Molly x
Posted by Molly at 12:01 14 comments: