The Lambs Are Growing 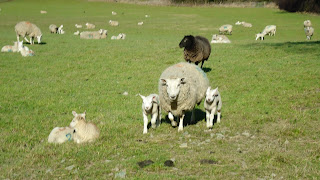 We try to go for a walk most days if the weather is anything like. Mostly it's up the single track road to Bridge 41. This one, built of solid red brick, canopies the main Cambrian Coast Railway line. Sometimes you see the train heading  towards Aberystwyth and feel the bridge shake as it hurtles underneath your feet. On the right hand side, almost adjoining the track, there's a field of sheep and lambs. I love to see them and they seem to grow a little bit more as the time goes on.  They've got used to us now and come rushing to meet us at the gate, living in hopes of something tasty to eat, I guess, but they're mostly unlucky. 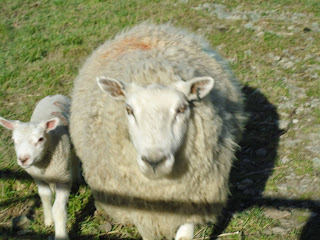 Back home along the track,  wild daffodils are all out on the bank at the edge of the stream. 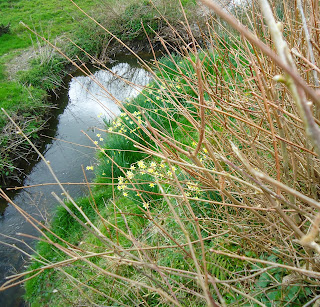 Little bits are starting to come into bloom in the garden 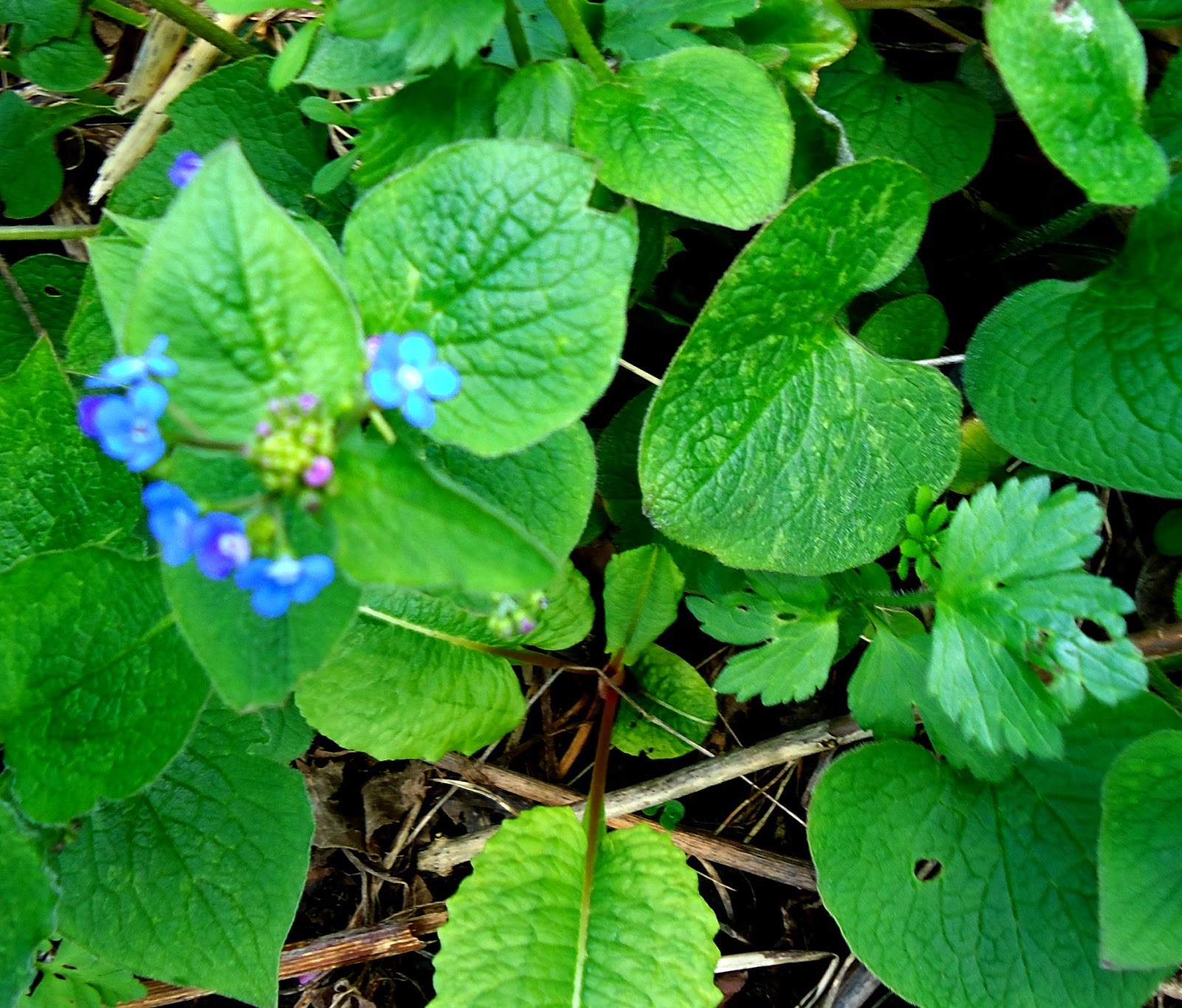 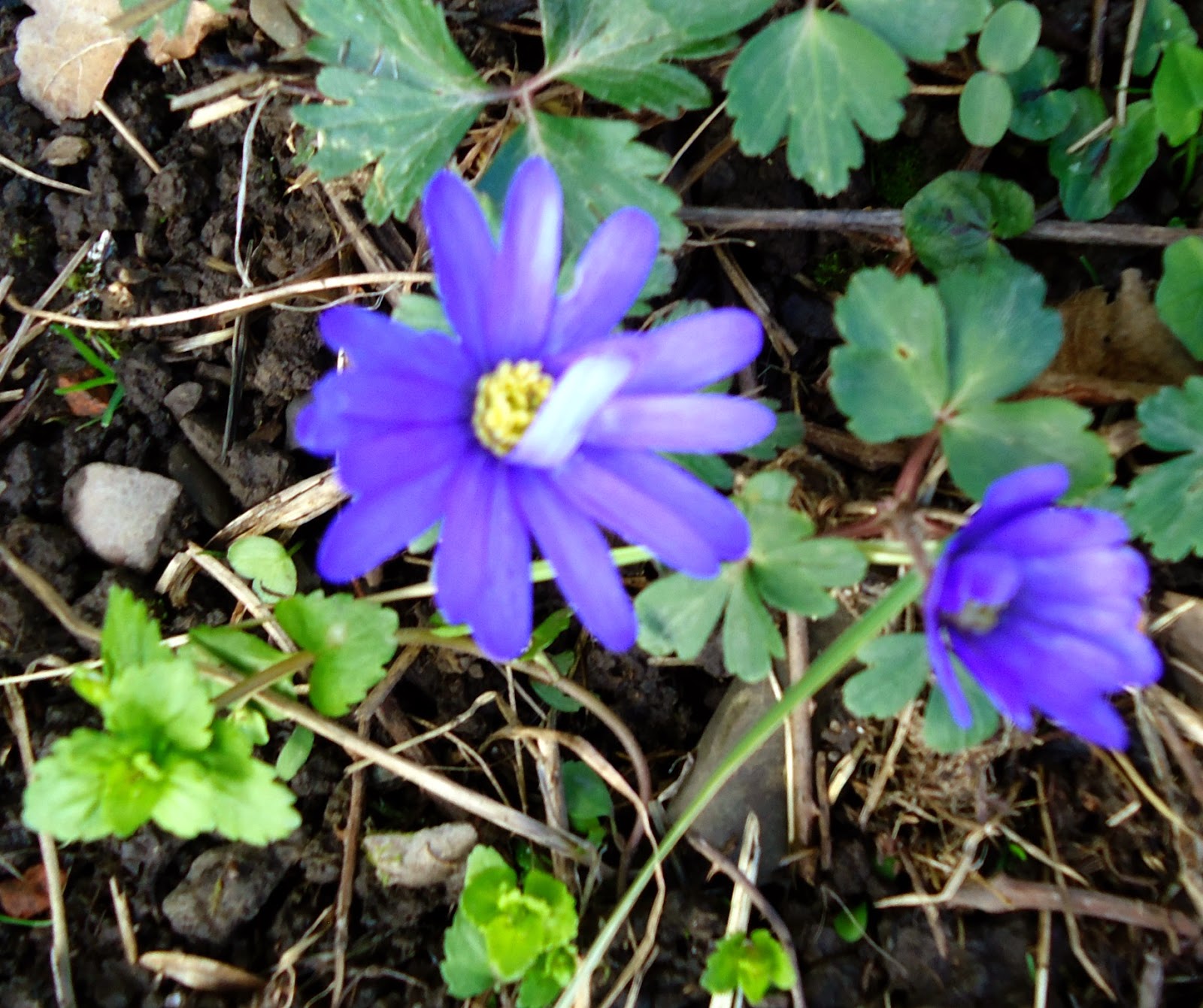 Anemone Blanda, the little wind flowers are starting to come out in the front border. Talking about wind ...... we replaced the torn half of the polythene sheet with some spare polythene we had by us. Two days and one night later, the gales blew  and all but ripped it off again. So back to work with spades and Rhino tape. It's holding at the moment. (only just.) 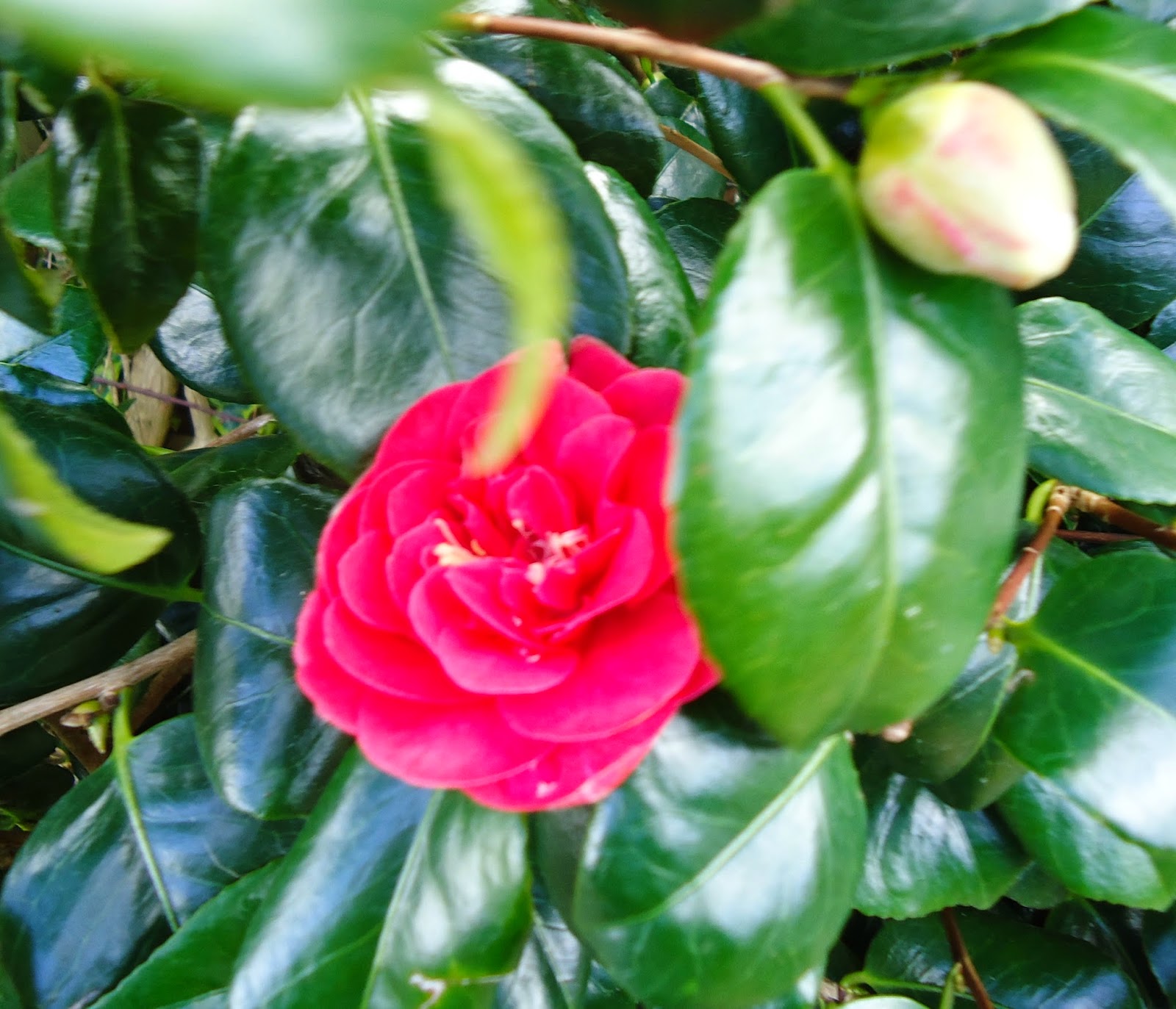 My Camelia bush has made it through the frost. Most years the buds turn brown before they have a chance to open. This year's a bonus. 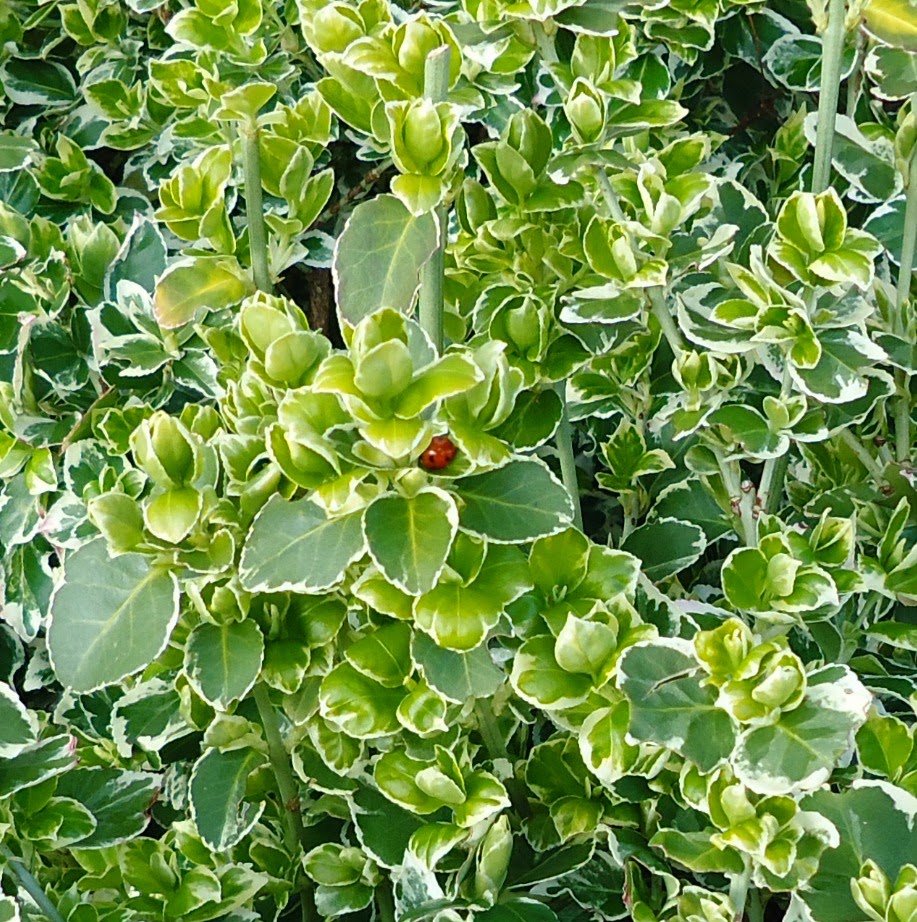 Masses of lady birds on the Euonymus bush. 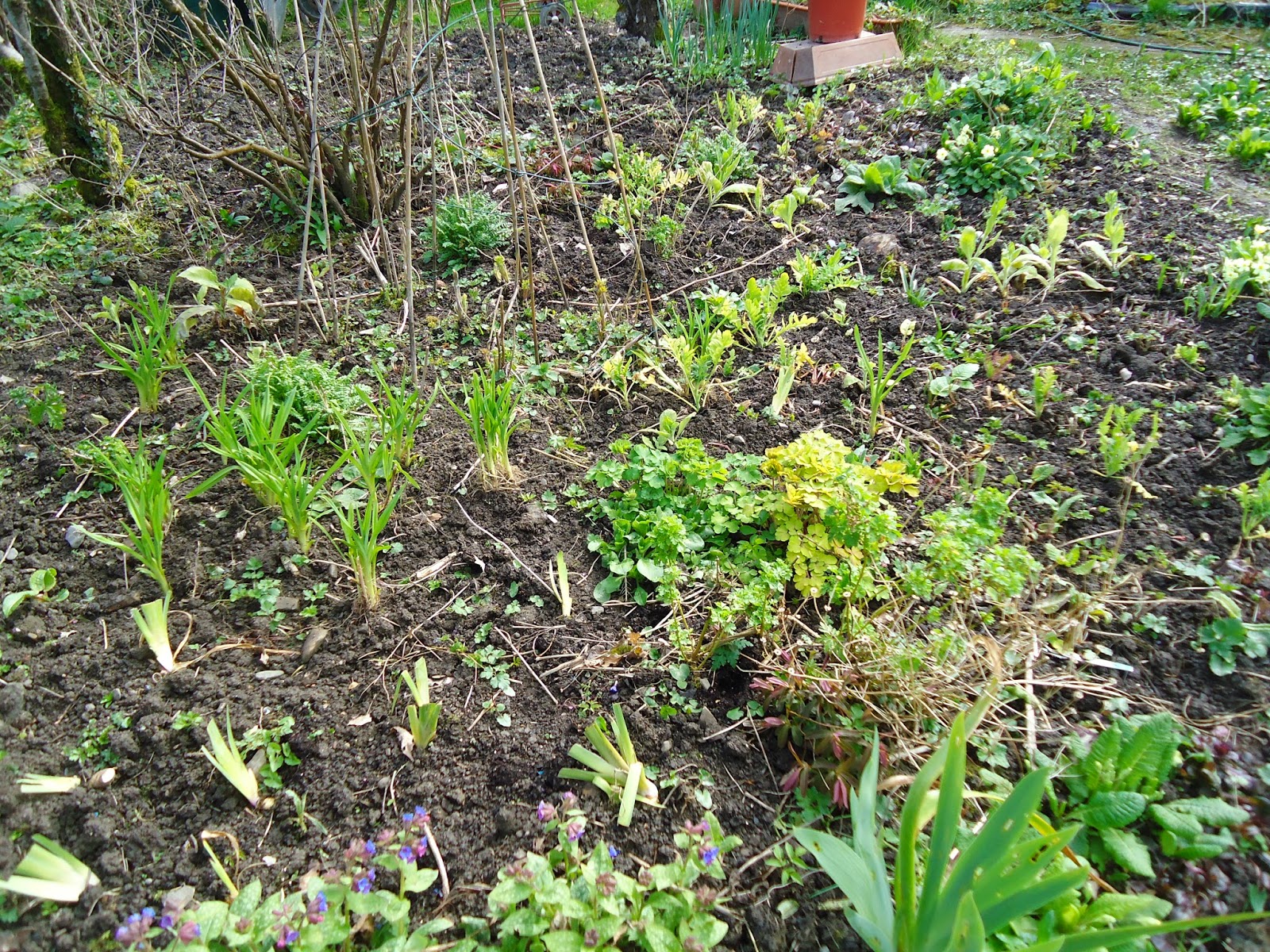 I divided a clump of Hemerocallis (day lilies), blue iris, poppies  and planted little bits under the apple trees. The ground was flooded in the winter, but some of last year's plants have survived. Last year's ring of delphiniums are starting to push through. Be interesting to see what grows. 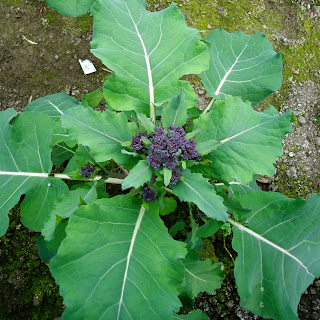 Got a few plants of purple sprouting in the tunnel. The spring cabbages I planted, didn't like the change in temperature and all went to seed so they ended up on the compost heap. 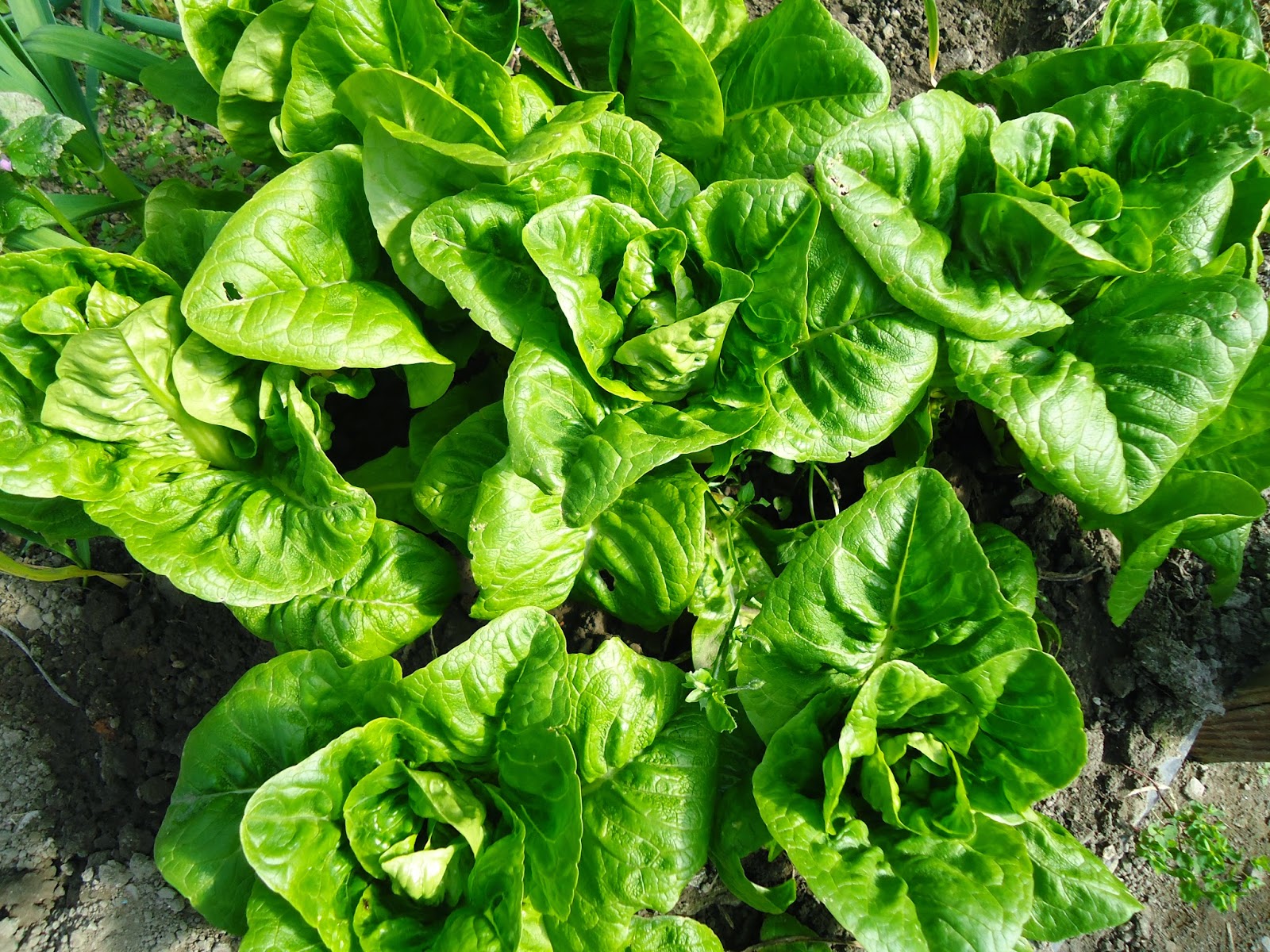 My sister gave me a tub of lettuce seedlings last Autumn - they're looking quite good now. 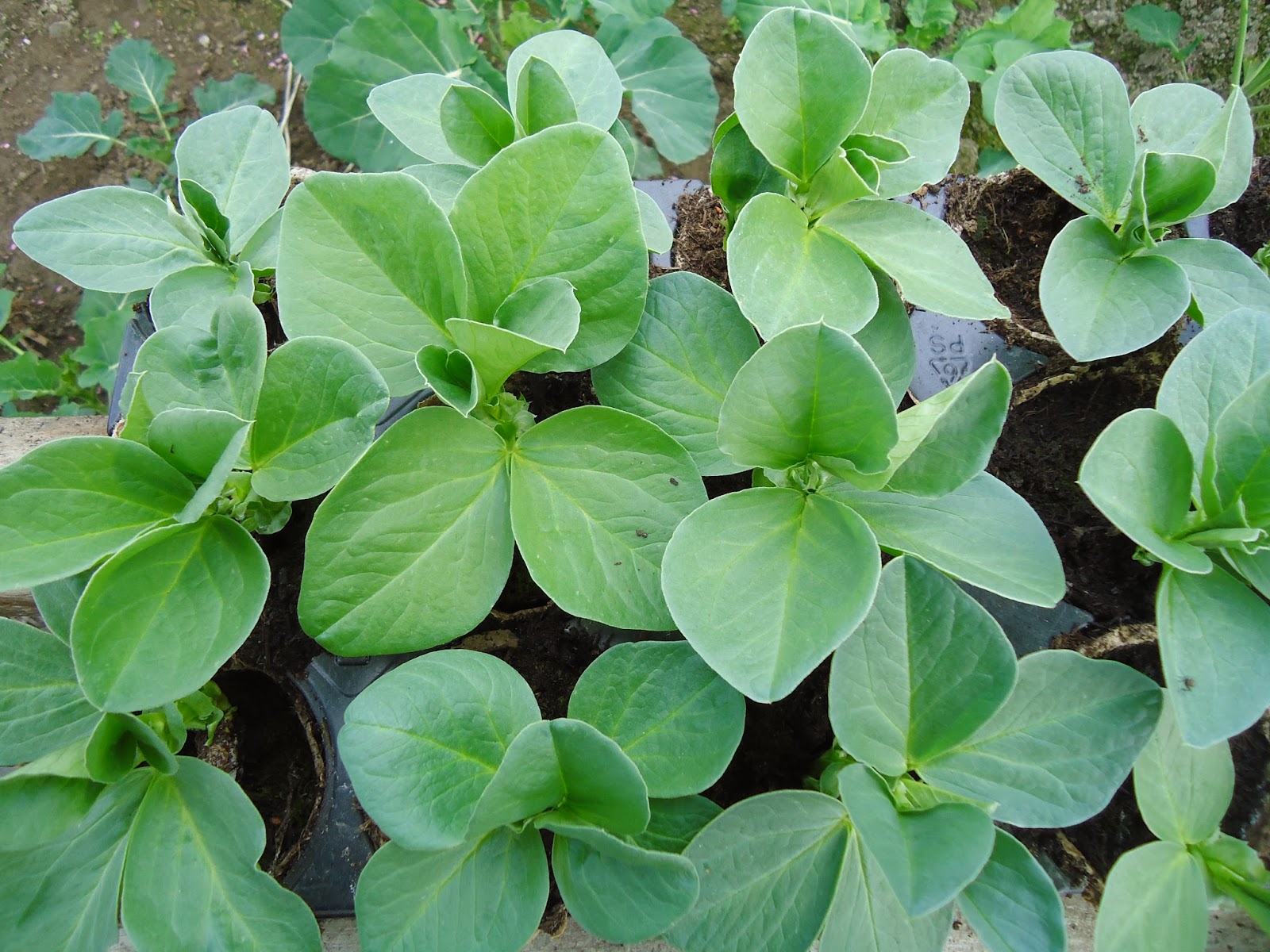 The broad bean seeds sown in individual cardboard pots have germinated. They'll get planted out in a week or so once the roots have established. One year I had a really good crop of plants, planted them all out only to find that mice had been along the row in the night, scuttled and chewed the bean seeds still attached and left a line of chewed bean tops strewn about as dead as dodos.
Think I might have the gardening bug again, every year at this time it's the same.
Have a good week.
Posted by Molly at 15:55 22 comments:

When White Turns To Gold 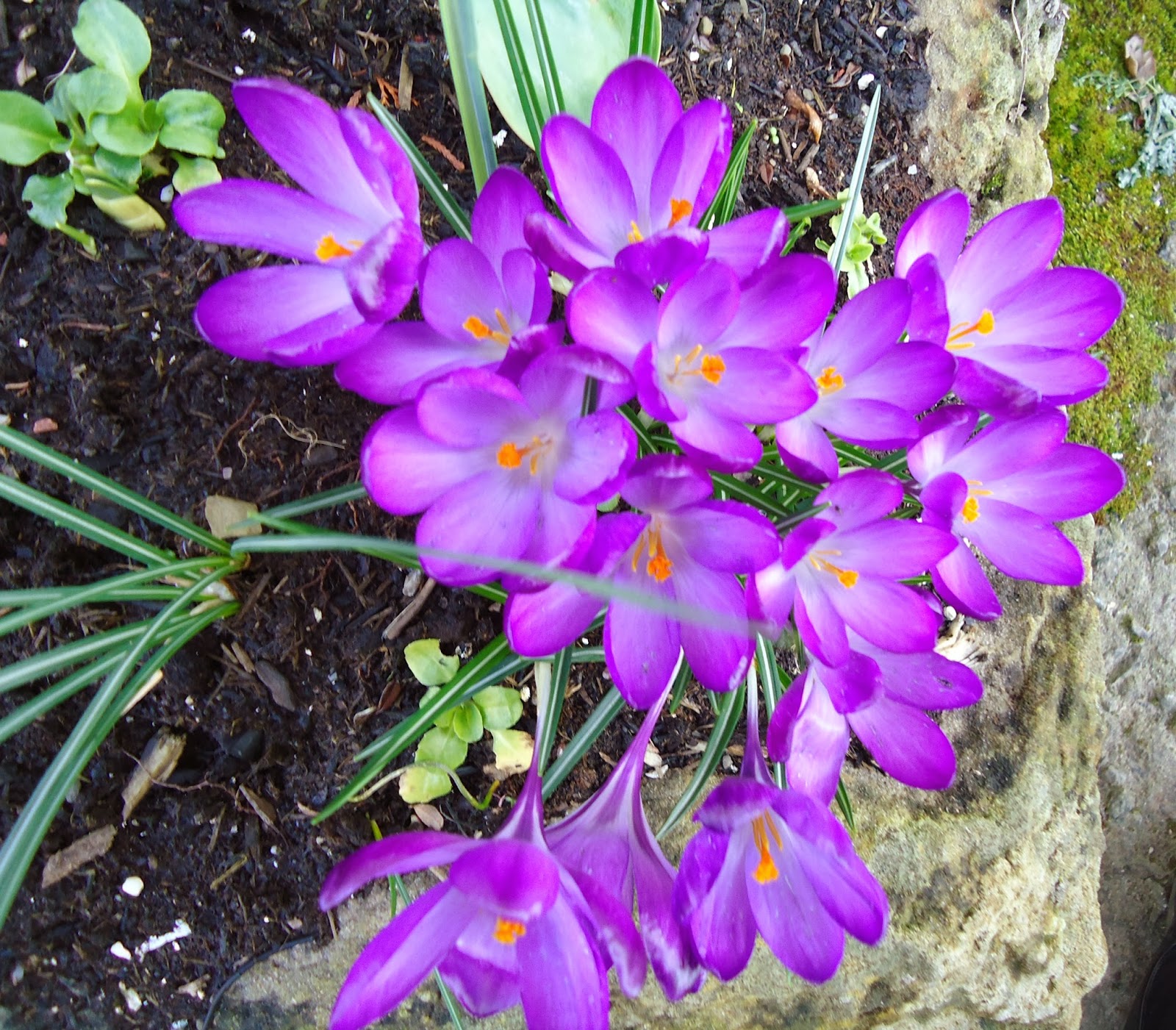 We uncovered the old sandstone trough, silted up in the brook when we moved down here. It used to feed a bricked pipe which provided the drinking water for the house. It now stands outside the back door. I plant it up with bulbs and things in the Autumn. This year there's an explosion of blue crocus which must have lain dormant in one corner of it and have suddenly appeared. I don't even remember planting them but they're a whole little bundle of joy.
It's been a bit of a hard one, this winter. We've managed to clear two bays of the tattered bits of plastic from the poly tunnel and it's already to go to the Recycle Centre tomorrow. Trying to free it from where we buried it all underneath waterlogged soil and stones has been hard graft to say the least. Not even sure whether I want to put another sheet over it, but then, the early veggies are something else. So maybe. 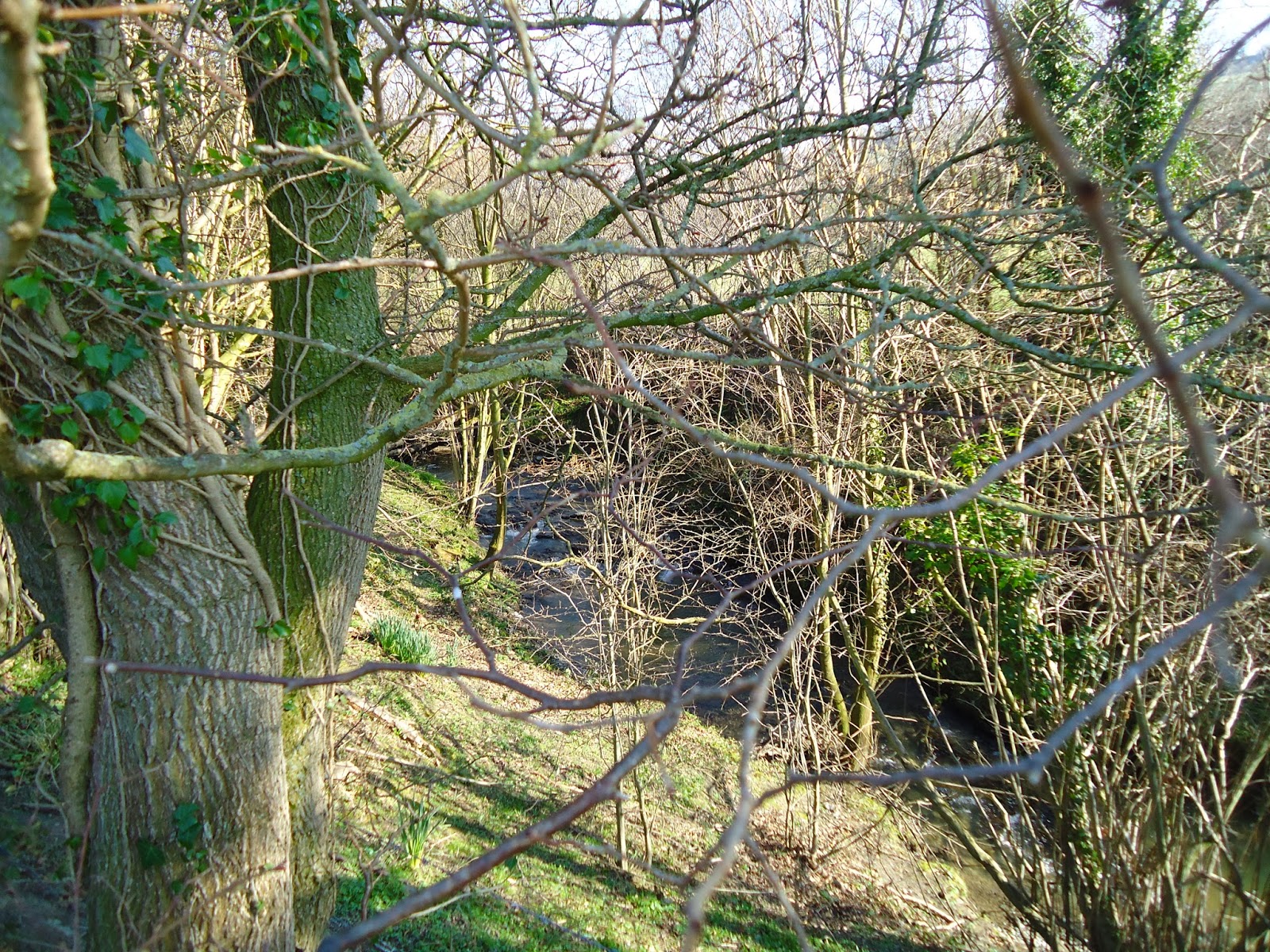 The weather's been lovely today. Clumps of wild daffodils are already in bud above the stream on the Mill Bank. 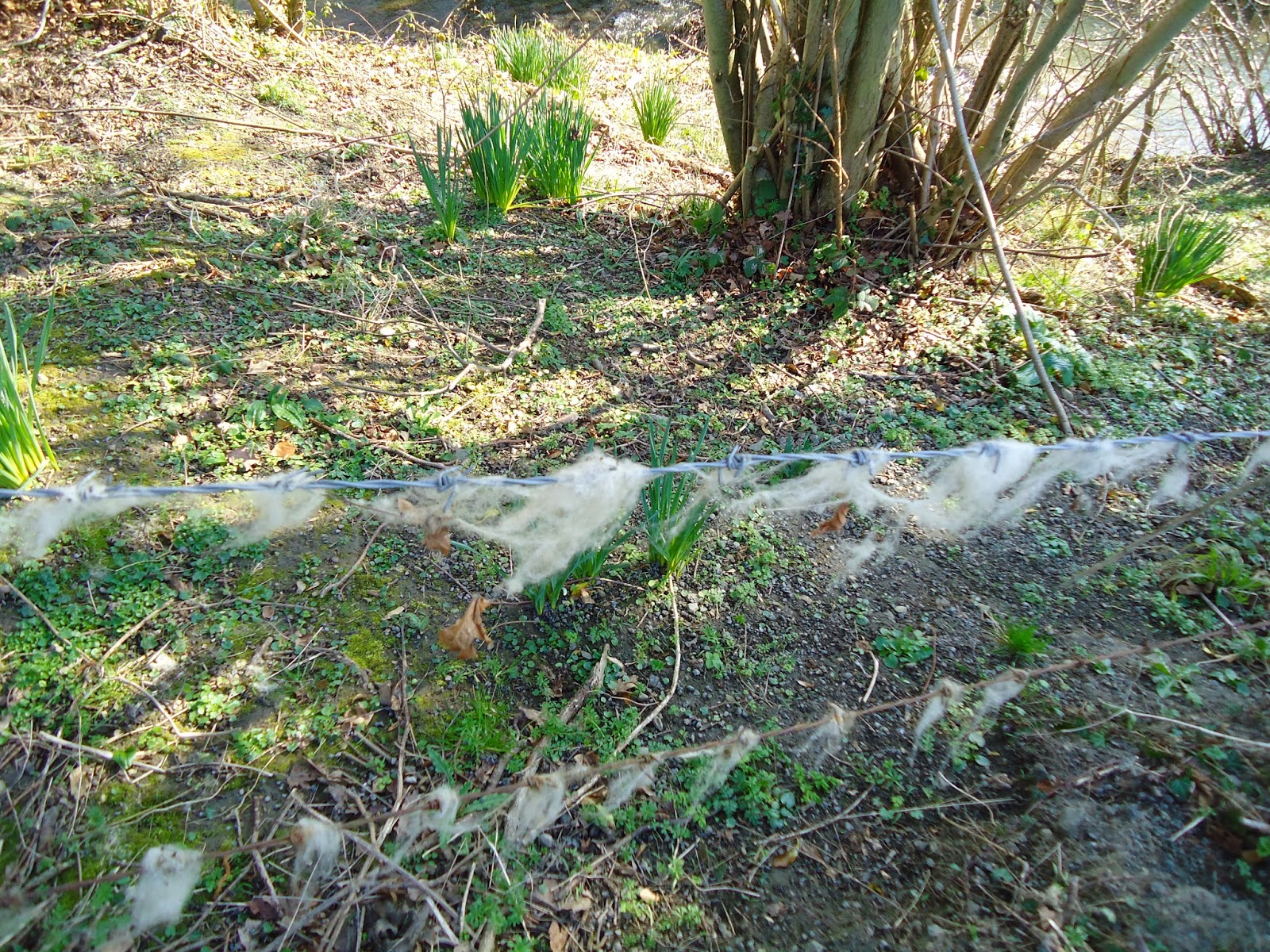 And you can see where the sheep have been through the barbed wire. 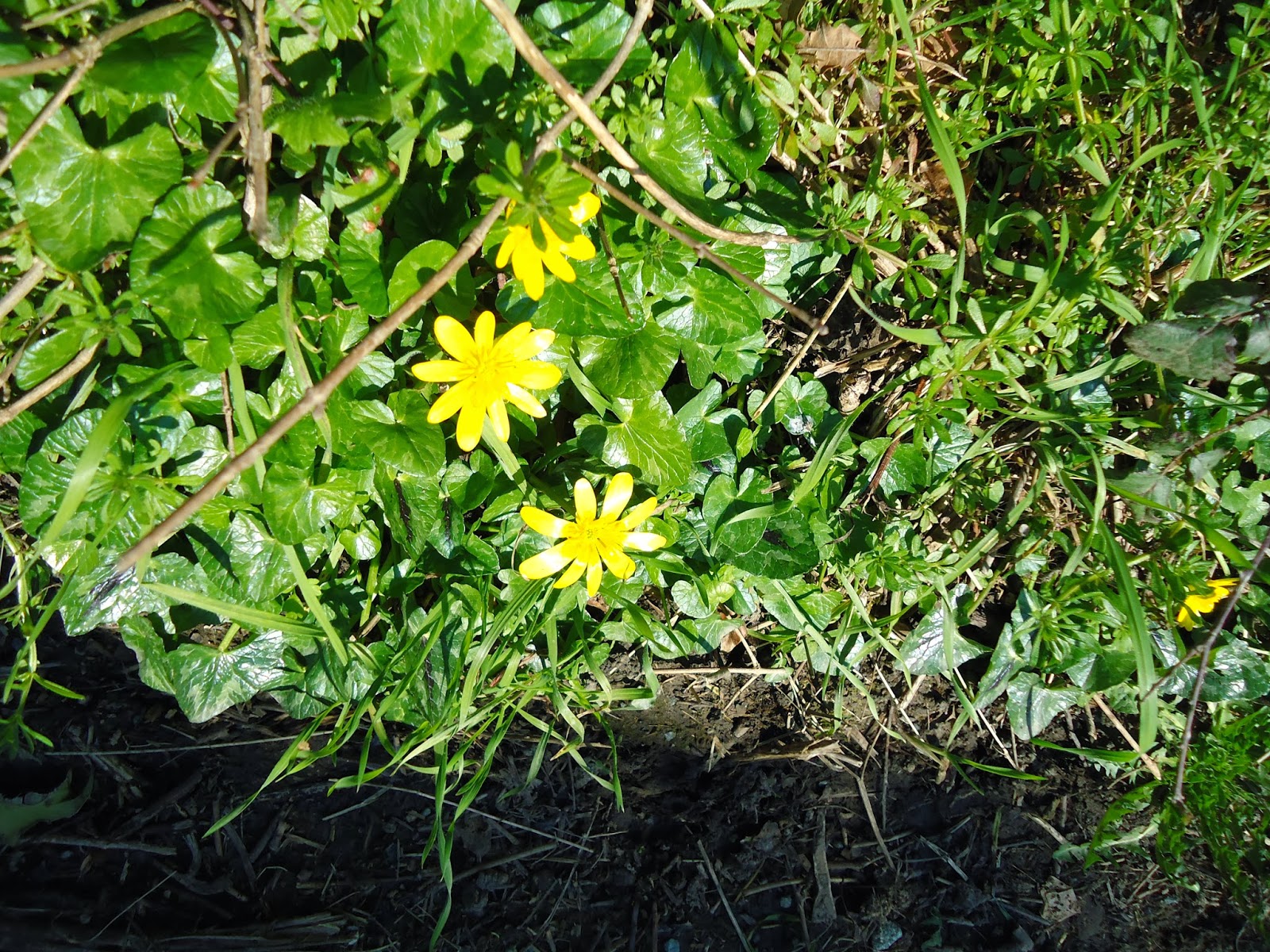 Masses of celandines all along the hedgerow. 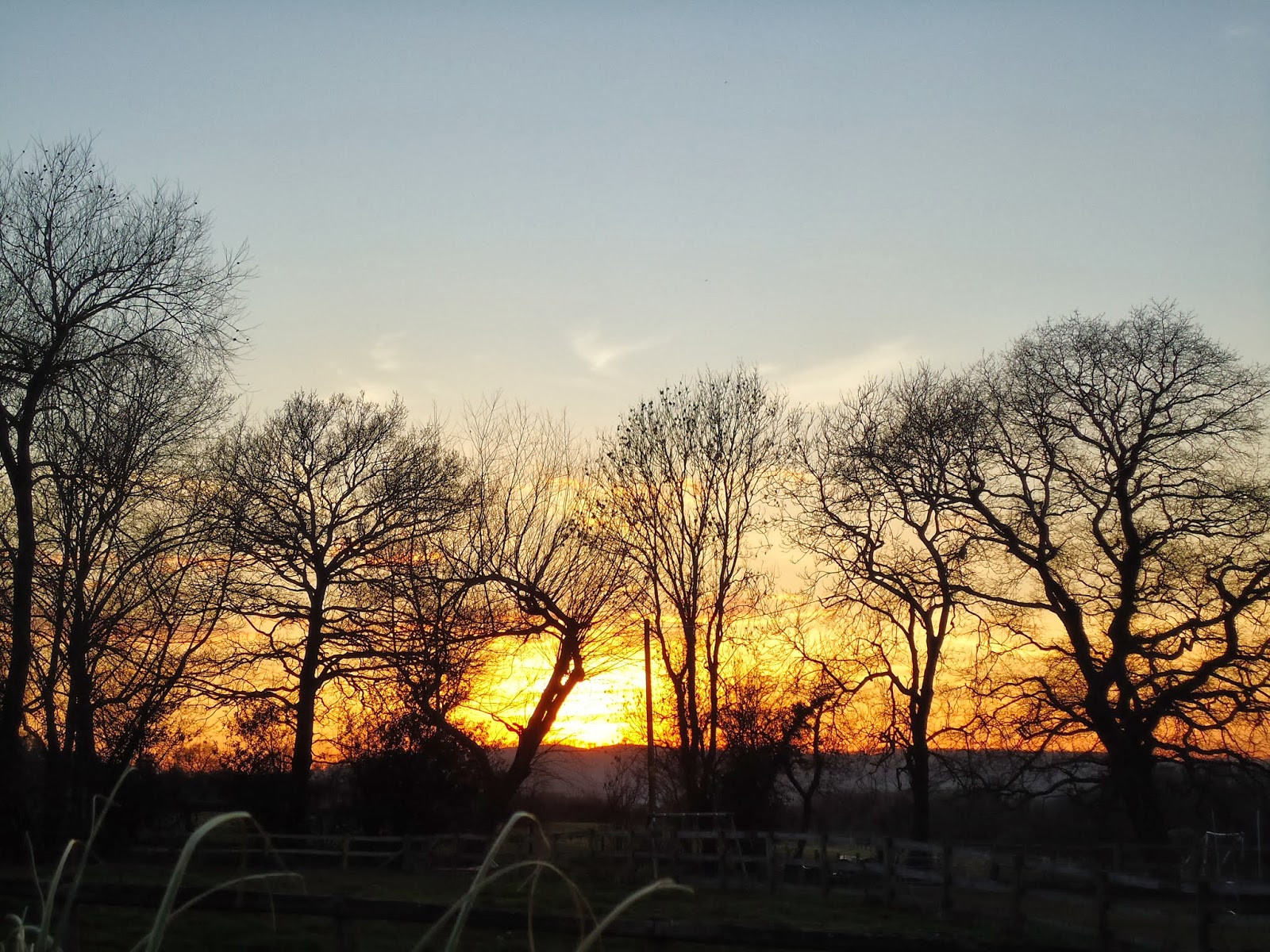 Just heard on tonight's news that UK's Kelly Gallagher's won gold in the Paralympics in Sochi. She is visually impaired and to rely on her team mate, Charlotte Evans to guide her down the slope. So much so that she was only able to distinguish Charlotte's orange jacket and hear her instructions through her headset - travelling at 92 km, made it down to the bottom in 1 minute, 28.72 seconds. Can you imagine it! With all the other horrible news going on at the moment, I think it's just fantastic.
Posted by Molly at 14:06 20 comments: